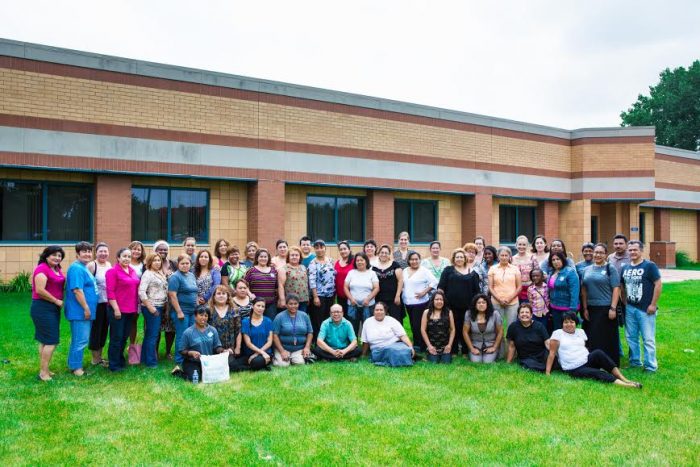 How parents are leading the way for health

Every year, this institute is an inspiring and energizing experience hosted by Parents United for Healthy Schools, HSC’s parent-led coalition leading the way for healthy changes at CPS schools. But this year is particularly special, as Parents United celebrates its 10th anniversary. That’s right — for a decade, parents have been coming together with educators and community leaders to advocate for healthy school environments at individual schools and across the district.

The coalition was born out of an alarming need for action. Childhood obesity rates, asthma and other health-related issues were spiking in low-income communities of color. Ten years later, the conditions that inspired PUHS still exist. We haven’t finished this battle, by a long stretch. But much progress has been made:

This week’s institute continued building the foundation for future advocacy. It equipped new parents with the knowledge and skills to join their peers in giving all students the chance to be healthy and ready to learn. And it put parents and community leaders in the same room, sharing their vision and goals for the future.

Previous
Keeping Up the Conversation about Healthy School Food
Next
Healthier Food on the Market, Healthier Kids in the Classroom