A Big Thanks to Guillermo Gomez 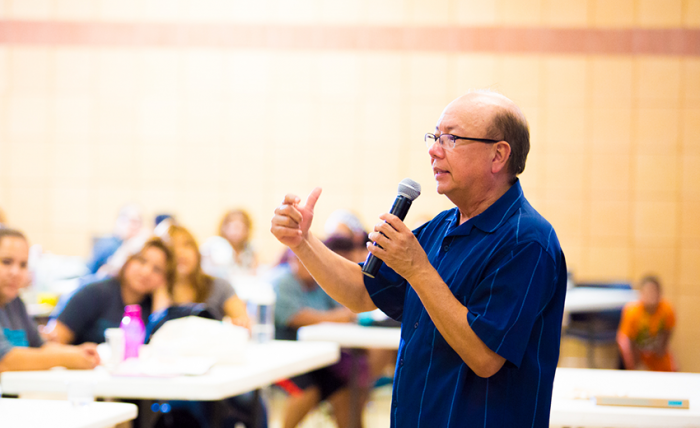 Guillermo Gomez, Healthy Schools Campaign’s longtime Vice President of Urban Affairs, is leaving the organization to pursue new opportunities to support progressive causes in Chicago and nationally. This is a bittersweet transition. We know that Guillermo will go on to do great things and support important efforts on issues that are close to his heart like immigration reform, neighborhood investment and efforts to address gentrification, but he will be missed by the staff, board and parent leaders at Healthy Schools Campaign.

In his 14 years at Healthy Schools Campaign, Guillermo has been one of the main architects of Parents United for Healthy Schools. Guillermo and his team used community organizing and a popular education approach to build Parents United to include hundreds of parent leaders from schools across the city who had the leadership skills and knowledge to effectively advocate for changes that support the health and wellness of all Chicago students. Parent leaders learned valuable lessons and connected with one another through a Parent Leadership Institute that Guillermo helped design and run. Under Guillermo’s leadership, Parents United effectively organized to bring daily recess back to Chicago Public Schools; pilot and then support the district-wide implementation of universal breakfast in the classroom; raise parent and student voices for higher nutritional standards for school food; and successfully advocate for daily physical education at all grade levels.

Guillermo will be greatly missed, but he leaves behind a great team that will continue to lead and build Parents United. W are committed to this important work which is a foundational element of our mission, vision and values. We are very thankful for all Guillermo has done to build Healthy Schools Campaign and Parents United for Health Schools, and we wish him well.