Celebrating a Breakfast Victory in Illinois 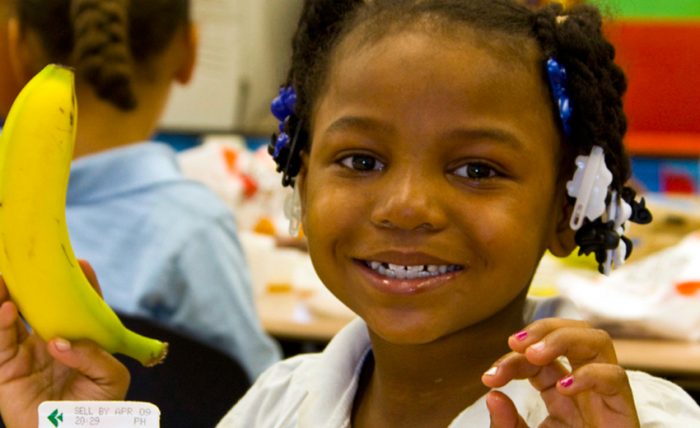 Low-income students across the state of Illinois can count on a free breakfast at school starting in the 2017-2018 school year. Access to nutritious food is a social justice issue, and school meals, including breakfast, are one way to ensure some of our most vulnerable children have healthy foods that fuel learning and their bodies.

Gov. Rauner recently signed into law an amendment to the Childhood Hunger Relief Act that requires schools that serve student populations that are at least 70 percent low-income to provide breakfast. The big change is that this breakfast must be provided after the instructional day has started—known as “breakfast after the bell.”

That’s great news because it’s been shown that more students will eat breakfast when the stigma of going to school early to eat breakfast is removed. It also lowers the barrier for students who cannot get to school early. Schools can provide “breakfast after the bell” in a variety of ways that best fit the needs and logistical challenges of the schools. Research shows that making breakfast a part of the school day dramatically increases participation by making it convenient and accessible to all. Whether breakfast is served in the classroom or in grab-and-go bags, allowing students to eat breakfast during the school day is essential to ensuring students are able to be their best learners.

Ensuring all students have a healthy breakfast is so important because research also shows it supports the health and academic potential of children, particularly low-income children. Studies consistently document that skipping breakfast and experiencing hunger impair a student’s ability to learn. For example, students who don’t eat breakfast have slower memory recall, show increased errors and are more likely to repeat a grade while children who eat a complete breakfast are more alert, make fewer mistakes, have less disciplinary issues and perform better academically.

Here in Chicago, Chicago Public Schools (CPS) provides in all elementary schools a pre-bagged hot or cold breakfast to all students when they enter the school, and students eat breakfast in the classroom during the first 10 minutes of the day. When the district began piloting the program, it found that schools that voluntarily adopted the Breakfast in the Classroom model achieved an average 69 percent student breakfast participation rate compared to an average 23 percent student participation rate for schools serving breakfast in the school dining center before school.

Thanks to the efforts of parent leaders in our Parents United for Healthy Schools movement and other advocates, the breakfast model was codified into policy in 2011 and now all CPS elementary schools offer breakfast in the classroom to all students. The policy has been successful in Chicago because of hard work within the district as well as the support of parents and the community. Parents involved in Parents United were instrumental in the effort to make breakfast in the classroom a reality in CPS.

We’re excited to see this successful model become accessible to students across the state of Illinois soon!