Competitive Foods in Schools: A Perspective from the Vending World 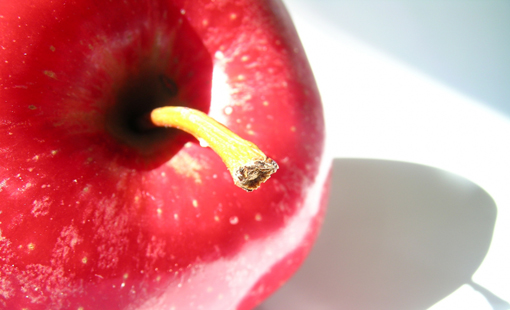 As we advocate for healthier snack and beverage options in schools, many small and mid-size vending operations and distributors are seeing the benefits of providing healthy snacks and beverages in school vending machines, from both an economic, as well as health and education, standpoint.


As we advocate for healthier snack and beverage options in schools and encourage our friends to submit comments to the USDA about their proposed standards on this issue, one message that we keep hearing is that the snack and beverage industries will also be making their voices heard, and loudly. The common trope is that the vending industry will balk at the notion of providing healthier options because of the idea that they are more expensive to offer and less popular with kids. But many small and mid-size vending operations and distributors are seeing the benefits of providing healthy snacks and beverages in school vending machines, from both an economic, as well as health and education, standpoint.

Patrick Meyn, Division President of HealthVend, a Norman Distribution division, works to build partnerships between companies making better-for-you snacks and beverages, including KIND fruit and nut bars and SkinnyPop popcorn, distributing to vending operators, micro markets and school districts across the U.S. As a brand incubator and distributor, Meyn says he’s noticed changes in the vending world, and that, especially given major health concerns such as childhood obesity, the industry is beginning to make some changes.

Meyn applauds the USDA’s commitment to healthier food for healthier children in shaping the proposed new standards, particularly their working with the National Automatic Merchandising Association (NAMA) to fine-tune the new guidelines to ensure the most feasible ways to bring healthy snacks to students. NAMA’s own set of standards, called Fit Pick, were considered in the creation of the USDA’s new standards, and are already in place in 20% of school districts nationwide and several government organizations. The Fit Pick uses the “35-10-35” standard: products with not more than 35% of their calories from fat, not more than 10% from saturated fat and not more than 35% of the total weight from sugar (excluding nuts and seeds). The Alliance for a Healthier Generation standard takes this a step further, adding caps on sodium and calories to the 35-10-35 requirement — this one is more typical for schools, and in compliance with state competitive foods standards in California.

Meyn is noticing, especially with newer operators and established companies in the vending world, that there are more companies now willing to take a smaller profit margin on a food or beverage item to get healthy, affordable snacks into schools. He says the key now is to ensure school districts and school nutritionists have buyers and sourcers, and have people in the industry willing to help them find healthy products students will like. Meyn has been working with school food service directors, or pairing them with vending operations, to find items that fit the nutritional needs and tastes of the students.

Meyn says he has seen his partners in the industry adapt and understand this message. He says his work with HealthVend has not been met with much resistance, but in fact, the opposite–the partner vending operators will frequently use HealthVend’s website to discuss the benefits of healthy snacks and beverages and as a selling tool for their accounts. One vending company used the website to sell healthy snacks to vending machines at a string of car dealerships in Indiana. He says the company is working with like-minded distributors who also see the need and the opportunity to provide healthier options.

“Some companies are really adapting quickly, but for others, it’ll take some time,” Meyn says. “But the people that understand that this is how things are going to be, if they don’t get a jump-start on it, they’re going to be left behind.”

The greatest challenge ahead for the vending industry in adapting to healthier options, Meyn says, is breaking common stereotypes. Some may think that healthy snacks don’t taste very good and are expensive. In selling products that are both better for you and flavorful, the key is, as with anything else, ensuring the product is appealing to its buyers. “A vending machine is a walking billboard for a product,” he says. “If the brand and the packaging can communicate the value while still staying affordable, I think it’s going to be great.”

And communicating the value isn’t always easy, especially in a space where healthier snacks compete with established brands offering less healthy products. In this scenario, Meyn illustrates one of the many reasons HSC is advocating for healthier standards in schools. But even without the regulations in place, it has to come from the product distributor to make healthy items appealing and affordable to make guidelines work. And Meyn says he has found plenty of product developers and distributors willing to make those changes, citing a line of organic, sugar-free juice drinks HealthVend distributes, who adapted the size of their beverages for elementary, middle and high school students, respectively.

Education and empowerment also play a huge role in encouraging students to make healthier choices, and Meyn is working to tie educational efforts into product distribution for schools. For example, the team is working on bringing their snacks to a school district in Arizona, and holding a taste test with students to receive feedback on making and selling healthier snacks that taste great.

But Meyn would like to extend the work of educating students, so that we can make the healthy choice the easy choice. He has started to outline the idea of an art contest where students would create the wrap-around for vending machines serving healthier snacks. He also wants to educate consumers through newsletters and posting nutritional content online, allowing parents and students to make their own informed choices.