Cooking up Change Student Chefs Are Back in the Kitchen 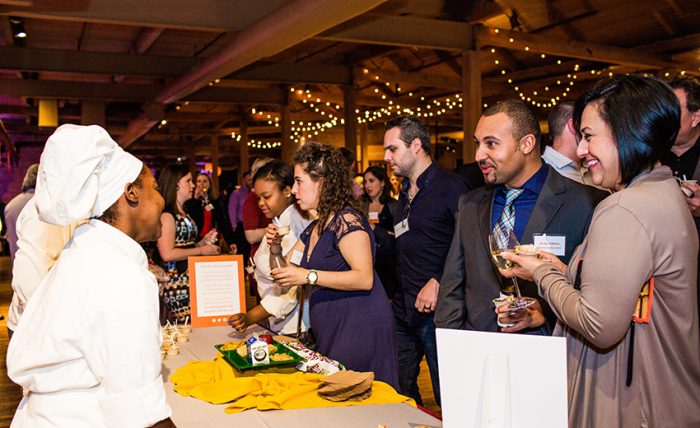 Next week, some 380,000 Chicago Public Schools (CPS) will start school. And for some students, that means heading into the kitchen.

That’s right. It’s time for talented culinary students across the district to start developing recipes and rewriting the recipe for school food as part of Cooking up Change. “Cooking up Change is one of the most fun—challenging, but fun—competitions that we do during the school year,” says Katy Walsh, culinary instructor at Richards Career Academy. “The students love it.

But Cooking up Change is so much more than just a competition. Cooking up Change challenges Chicago high school culinary students to create healthy, great-tasting meals that meet the real-life requirements of the national school meal program. Cooking up Change serves up life-changing opportunities, helps students realize their own potential and puts student voices front and center in the national dialogue about school food. “Cooking up Change gives the students a real world opportunity to work with mentors to design a menu that will be served in schools and that is nutritious,” Walsh says.

The winning team from Chicago will join teams from cities across the country to compete in the national finals in Washington, D.C., and engage with senators and representatives to talk about the future of school food.

If you’re in Chicago, please join us on Nov. 16 to witness these talented young chefs in action and to taste their delicious meals. All proceeds from the event go toward our mission to improve student health in Chicago schools and across the country. The flagship competition in Chicago is just the beginning of an incredible nationwide season, culminating in the national finals in Washington, D.C., next June. We’ll announce the full Cooking up Change 2017-2018 schedule soon!