Cooking up Change Student Chefs Raise Their Voices in D.C. 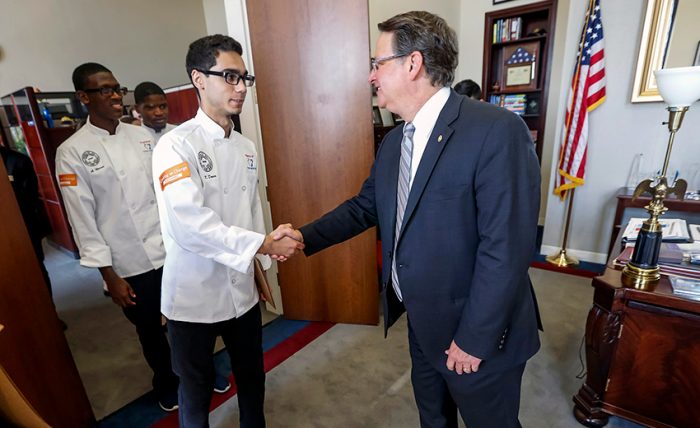 Bright and early last Tuesday, Gerald, Kyle and Andre from Frederick Douglass High School in Detroit Public Schools met with Sen. Gary Peters, a Democrat from Michigan, to talk about their experience participating in Cooking up Change and to share why healthy school food is so important.

“We’re gardeners, not culinary students,” said Kyle. The key to their meal, they said, was that it featured ingredients that could be grown in the school’s garden. The team from Detroit so impressed the judges that their menu of Zesty Chicken Rice Bowl, Tomato Lime Cucumber Wheels and Yogurt Splash took second place in the national finals the day before.

But Cooking up Change is about so much more than the cooking competition. It’s about elevating student voices in the national conversation about school food. That’s why the day after the competition, the team of student chefs headed to the Hill to meet with their senators and representatives.

Overall, 19 meetings were set up on Tuesday—seven of which were with members themselves, including Sen. Dick Durbin, a Democrat from Illinois and the National Honorary Co-chair of Cooking up Change; Sen. Ted Cruz, a Republican from Texas; and Rep. Barbara Lee, a Democrat from California. In many cases, students met with staffers from Congressional offices. 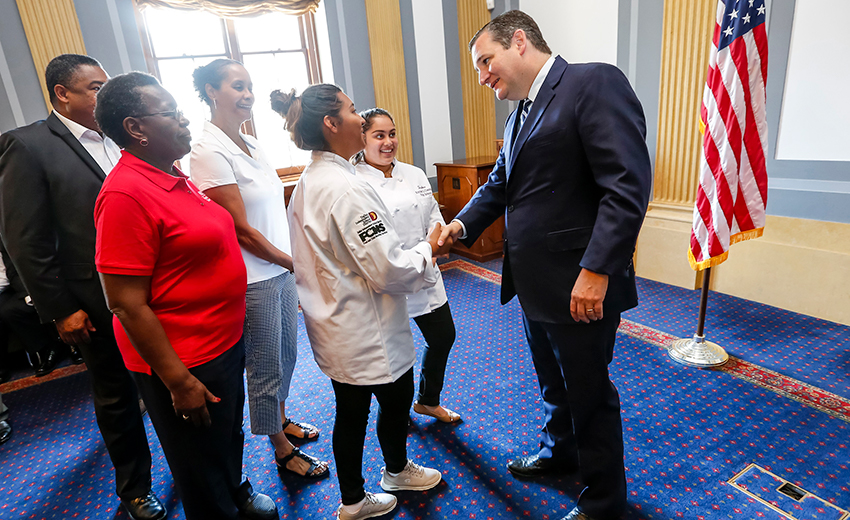 In a conversation with the Sen. Cruz staffer in charge of education, the team from Dallas shared their view of school food. “We’re trying to change how the kids view school food,” Trisha said. The team had a brief meet-and-greet with Sen. Cruz where he congratulated them on their participation and took a photo.

In a meeting with Sen. Durbin, the team from Chicago spoke about their experience, the importance of school food and what they’re hoping to do in the future. “I want to build upon it and hope that school lunches can improve,” said Jeffrey.

Sharing the experiences and menus speaks volumes because the meals are concrete proof that creating delicious school food that meets dietary requirements is possible. The Healthy, Hunger-Free Kids Act (HHFKA) nutrition standards require that all grain products (like bread and pasta) contain at least 50 percent whole grains and sets graduated targets for sodium reduction. These are two of the sticking points for those who want to roll back school nutrition standards.

But these students demonstrate that these what’s possible when the standards are seen as an opportunity rather than a limitation. For example, all of the teams’ meals met Target 2 for sodium (less than 1,080 milligrams)—even though they were only required to meet Target 1 (less than 1,420 milligrams of sodium). And four of the meals actually met the final sodium target (less than 740 milligrams) that schools aren’t required to meet until July 1, 2022.

The Cooking up Change student chefs teach us all to focus on the solutions rather than the challenges. The fact that students enjoy these meals is a testament to the students’ skill in creating recipes that could be served in schools, and their ability to design healthy lunches that are popular with their peers. 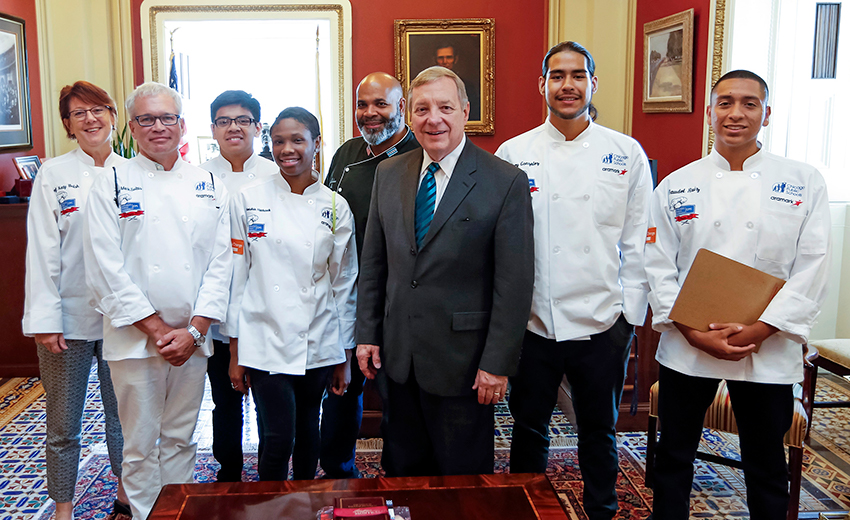