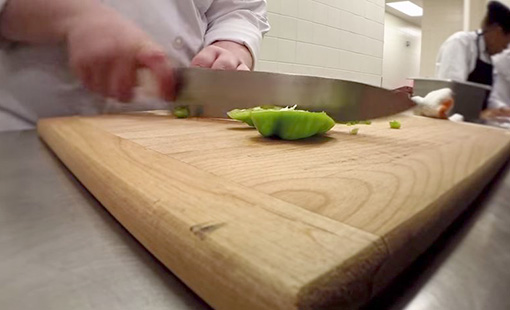 In 2012, Pew Charitable Trusts studied school districts in every state to determine their readiness to meet the increasing nutritional standards set out by 2010’s Healthy, Hunger-Free Kids Act — and more than 90 percent of them said they’d be ready in a year.

That prediction has come true, said Jessica Donze Black, director of the Kids’ Safe and Healthful Foods Project, a collaboration between Pew and the Robert Wood Johnson Foundation.

The vast majority of school districts — 95 percent of them per the USDA’s latest figures — are successfully implementing the standards. The percentage of schools meeting the standards is as high as 100 percent in California and North Carolina and as low as 74.7 percent in Louisiana.

“Ultimately, we want kids to be eating and enjoying healthy meals,” Black said. “We want schools to be meeting those standards, and we want them to do be doing it well.”

Despite the challenges, school districts across the county and working hard to meet the nutrition standards, but Black said the districts meeting the standards are not as vocal as the ones that are encountering challenges, which is where the debate over “increased flexibility” comes in.

The current call for flexibility falls flat, Black said. “The USDA has actually already allowed a lot of flexibility,” she said. Districts are able to plan their own menus and decide what and how often to serve specific items. After whole wheat pasta was proving to be a challenge for many districts, the USDA offered some flexibility on what products qualified as whole grain.

But what flexibility the USDA has already offered is enough, Black said. “There’s nothing Congress needs to do in order to provide additional flexibility,” she said. “There’s a fine line between flexibility and rolling back the standards. It’s important to stay on one side of that line. We want schools to serve healthy food, and we want them to do it in a way that works.”

The Child Nutrition Act (currently called the Healthy, Hunger-Free Kids Act) is up for reauthorization this year, and groups on both sides have begun carving out their positions. Healthy Schools Campaign believes every child deserves a healthy school environment, and an important part of that is having access to nutritious school meals. This week, we’ve been in Washington, D.C. with Pew and our incredible student chefs from Cooking up Change. The students competed in the National Finals on Monday, participated in a Congressional briefing on Tuesday, and spoke to their Congressmen on Wednesday about supporting school food.

Previous
Today, We’re Cooking up Change in D.C.!
Next
What We Can Learn from Student-Inspired School Meals