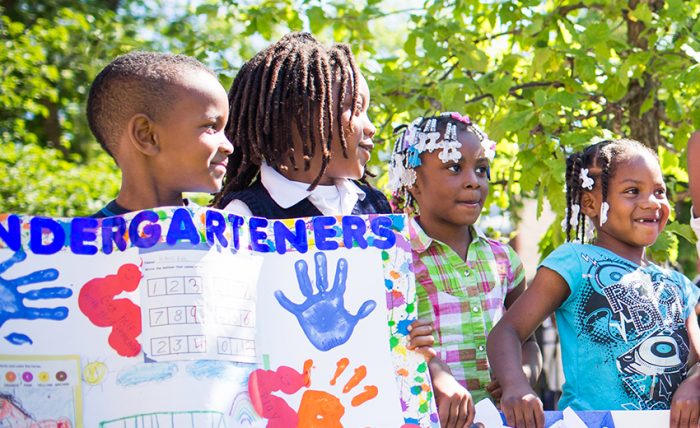 The Trump Administration released its first full budget proposal on Tuesday, and, while the proposal is unlikely to be passed in its current form, it provides important insight into the administration’s priorities. And those priorities clearly do not include student health and wellness.

For instance, the overall budget for the U.S. Department of Education would be slashed by 13.5 percent, cutting critical programs that support student wellness, including community schools, professional development and the Student Support and Academic Enrichment grant program that was intended to support services for the whole child. In fact, one of the only increases in the education budget is a $1 billion grant program that would follow students to schools of choice. In many cases, the result of this would be to drain these dollars from poorer districts and provide them to districts that already have more resources.

The Health and Human Services budget includes a host of provisions that would dramatically cut healthcare access, coverage and benefits for the nation’s children. Most notably, it contains a Medicaid cut of $610 billion over 10 years, not to mention the additional Medicaid cuts that are part of the House’s plan to repeal and replace the Affordable Care Act (ACA), which includes $839 billion in Medicaid cuts. Combined, those Medicaid cuts would result in slashing the program by an astonishing $1.5 trillion over a decade.

The proposal also slashes the budget of key environmental health and safety measures, endangering students. The Environmental Protection Agency’s budget would be slashed by 31 percent, including significant reductions to research programs and enforcement of clean air and clean water programs. These programs are particularly important to the safety of students living in the most polluted areas, which are often the poorest.

If adopted, this budget would have a profound negative impact on the most vulnerable children.

At Healthy Schools Campaign, we will continue to work to protect student health and wellness through our national, state and local policy and program work.