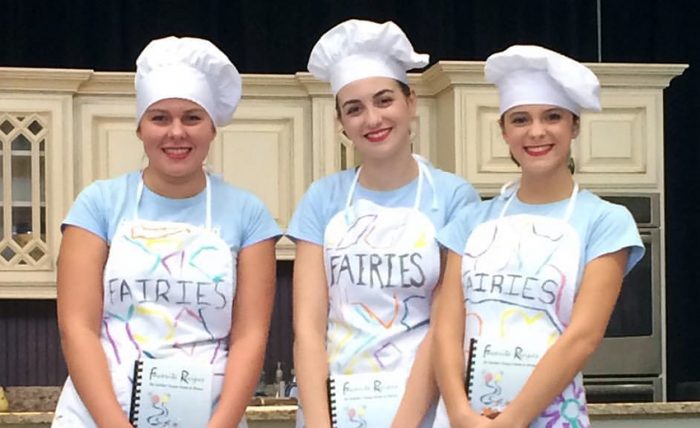 HSC’s Cooking up Change contest challenges high school culinary students to create a healthy and delicious school meal that can be served in a school cafeteria. Cooking up Change is not only fun and educational, but it also adds student voices to the national conversation about school food.

Student chefs Abby, Rachel and Elizabeth from Owensboro, Ken., got into competition cooking through Rachel’s mom, who worked at their school cafeteria. She found the first competition the team competed in, and they did really well. So they continued competing.

The team’s next competition will be the Cooking up Change national finals in Washington, D.C., on June 6. Their menu of Chicken Alfredo with Penne and Vegetables, Green Salad and Mixed Fruit will go up against the winning menus from nine teams from across the country.

The team used their main dish for another competition and had to change it slightly to work for the nutritional and budgetary guidelines of the Cooking up Change contest. The pasta is still chock full of fresh veggies, but the group had to find flavor in crushed red pepper flakes instead of adding additional salt. “It was tough at first, but we worked out the recipe in a way that it still tastes good and can be served in the school,” says Abby.

The students chefs are looking forward to competing in D.C. and seeing what the other teams have created. “We’re excited about being able to put our food out there,” says Rachel. “The most gratifying thing you can have is for someone to like your food.”

Thanks to the student chefs from Owensboro—and Cooking up Change student chefs everywhere—for showing us that healthy and delicious school meals are possible.