Police Do Not Belong in Our Schools 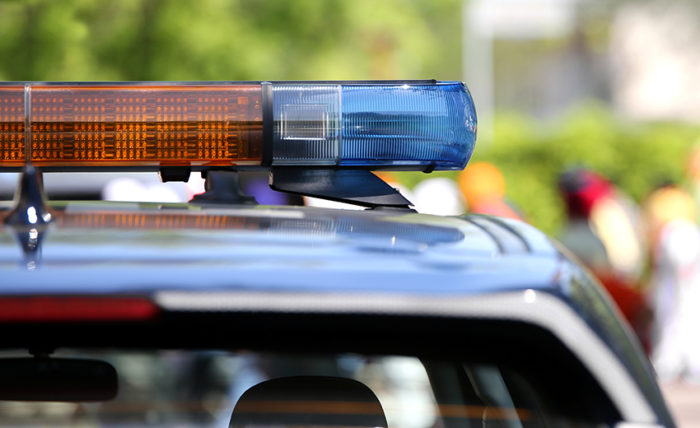 Following the murder of George Floyd at the hands of police officers and two weeks of national protests against police brutality, the movement for police-free schools is gaining momentum across the nation.

Healthy Schools Campaign strongly supports the movement to remove police and police resources officers from the school setting and believes that this action will directly support the health and wellness of all students, but particularly Black and Latinx students who are most at risk for having their behavior criminalized when police are in schools.

Over the last two decades, the presence of police officers in schools nationwide has more than doubled, partly in response to the prevalence of school shootings. During the 2017-2018 school year, 58 percent of public schools had either school resource officers (SROs) or other sworn law enforcement officers, according to the most recent data from the National Center for Education Statistics. Another 22.3 percent had security personnel. And those statistics don’t account for the swell in school security following the shooting at Marjory Stoneman Douglas High School in Florida in 2018.

Research does not show that increased presence of law enforcement makes schools safer. Instead, school police officers reinforce the criminalization of young people of color, serving as a key component of the school-to-prison pipeline. Black and Latinx students are more likely to be disciplined, suspended and arrested in school when police are present. Police assigned to school buildings often don’t receive the necessary specialized training on adolescent development, racial equity, restorative justice or strategies for de-escalation, leaving many unequipped to do their jobs without causing harm to students.

As the Sargent Shriver National Center on Poverty Law stated in its 2017 report Handcuffs in Hallways: The State of Policing in Chicago Public Schools: “Research shows that the mere presence of police officers in school increases the likelihood that a student will be referred to law enforcement for adolescent behavior. School-based arrests, which fall more harshly on students of color, put students in direct contact with the justice system. Poor policing within schools therefore puts students on the fast track to the school-to-prison pipeline.”

The message that students of color internalize when police officers guard the school entrance and roam the hallways is: you are not welcome here and the building where you learn presumes that you will engage in disruptive and criminal activity. This creates anxiety and hypervigilance for children and a distrust in the educational institution meant to help them develop. That is wholly inconsistent with creating a supportive, safe learning environment where students can thrive. Even more damaging, police presence re-traumatizes many students of color given the negative experiences they encounter with law enforcement in their neighborhoods and communities.

In cities across the country, education departments are severing contracts with the police and reimagining the role of police in schools. While this movement is not new, it has picked up momentum following recent events and protests.

Healthy Schools Campaign is based in Chicago and we have a special focus in Chicago Public Schools where we work in partnership with principals, teachers, parents and students. We strongly oppose the presence of Chicago law enforcement in our city’s schools and in schools across the country. Every adult in a school should be single-mindedly focused on helping students learn and thrive. We know that adding police officers to schools has been and will always be detrimental to children, especially children of color.

Like in many large, urban school districts, the majority of Chicago Public Schools (CPS) students are Latinx and Black, a population of students that has historically been over-policed, over-incarcerated and unfairly targeted by the judicial system.

While advocates are calling for an end to the contract, Mayor Lightfoot has said the city will maintain its current contract—worth $33 million. Minneapolis, Denver and Oakland have all made moves to remove police from schools. Given these decisions, the many documented incidents of excessive force used against students nationally, and the growing number of viral videos of police brutality, Mayor Lightfoot will likely face considerable public pressure to reconsider her position. Several Chicago alderman are planning to introduce an ordinance this week to remove police from schools.

Schools are meant to foster the health and safety of students, creating a sense of belonging and security.

We need to invest in what we know works. Student behavior is positively impacted by teaching social and emotional learning competencies, providing access to mental health professionals and creating positive school climates. School cultures transform when all personnel receive the necessary training on trauma-informed and restorative justice teaching practices so that they can best serve the needs of students, particularly those in crisis, and foster feelings of safety both within and beyond the classroom.

Considering the inadequate funding already plaguing many schools, money used for SROs could be diverted to hiring mental health professionals to provide needed supports to students in crisis. The ACLU estimates that 1.7 million students attend schools who employ at least one police officer and zero counselors. This cannot stand.

What We Can Do

In Chicago, a coalition of students, parents and community organizations to end the Chicago Police Department contract created a campaign that we have signed onto. The campaign reads: “Black and Brown kids know all too well that the cops violently assaulting protestors, are the same ones placed in our school hallways, assaulting and racially profiling us.” Black Lives Matter Chicago is also organizing a week of action June 14-19, featuring virtual events about the history of policing in schools and alternatives to policing in schools.

There are similar petitions in cities across the country—New York City; Kalamazoo, MI; Richland, WA.

Healthy Schools Campaigns stands with students, teachers, and activists nationwide calling for police-free schools so that all students can be safe, healthy, and able to thrive in a welcoming and supportive learning environment. And we’re asking you to join us.