Richards Wins Cooking up Change with an Italian Twist 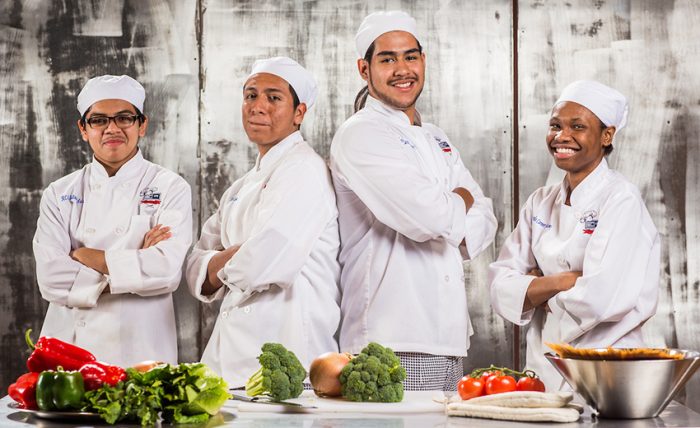 The student chefs from Richards Career Academy wanted to emulate Olive Garden—a group favorite—with their menu for this year’s Cooking up Change competition, but they ran into some challenges. When they tried to mound the pasta to place their chicken on top, the spaghetti fell into an uninspired pile.

The team was about to scrap the dish entirely, said Jeffrey Gonzalez, but they decided to try one last thing: bake the pasta along with the chicken. The result was a golden brown mound of crispy noodles. They knew they had found a winner. 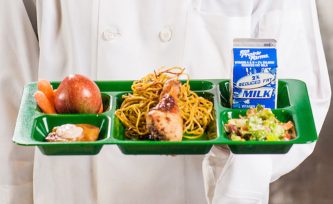 The winning meal will be served across Chicago Public Schools (CPS) this spring, and Leslie Fowler, the Director of Nutrition Support Services at CPS, said so many of the delicious and inspired meals she tasted last night would be great additions to the district’s school meal program.

The team from Richards is looking forward to the trip to Washington, D.C.—the first time for many of them. They’re also looking forward to getting to share their food and their experiences with a wider audience. “I’m excited to get this food out there and be heard,” said Jeffrey.

The Chicago competition is just the beginning of an incredible nationwide contest. Richards will join other winning teams from across the country when they compete at the Cooking up Change National Finals in Washington, D.C., next June. We’ll announce the full Cooking up Change 2016-2017 schedule soon!

Congrats to Richards and all the student chefs who gave it their all last night! And thanks to all of our supporters and guests who truly made this 10th anniversary of Cooking up Change a night to remember.

Previous
Cooking up Change Is Tonight!
Next
What States Have Learned Through our Learning Collaborative