Notice: Undefined index: post_type in /home/customer/www/healthyschoolscampaign.org/public_html/dev/wp-content/themes/hsc-theme-2019/functions.php on line 1246
 The Senate’s Opportunity to Invest in the Health of Children | Healthy Schools Campaign Skip to main content

The Senate’s Opportunity to Invest in the Health of Children 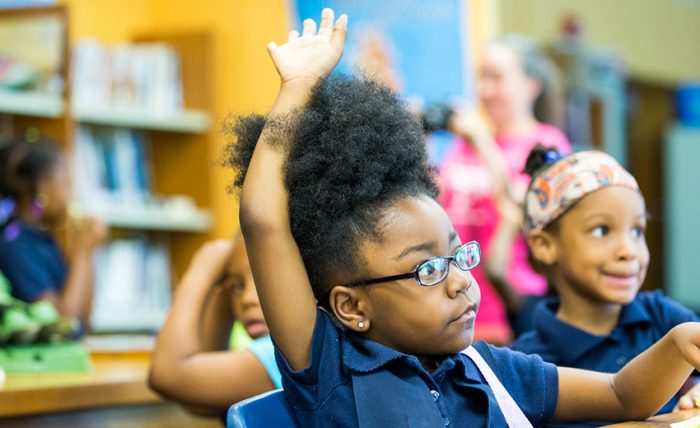 Funding for CHIP expired over the weekend without reauthorization. Although the 9 million children covered by this program have not immediately lost coverage, many states will run out of funding before the end of 2017. A bill extending funding for the program passed a House committee Wednesday, but there’s still a long way to go. Read our original post below to learn more about this important program, and consider calling your Senators to urge them to reauthorize this incredibly effective program.

Children’s healthcare coverage remains at great risk this week, despite the demise of the Graham-Cassidy healthcare bill. The urgent reauthorization of the Children’s Health Insurance Program (CHIP) remains stalled, and the deadline is tomorrow. Read our post from last week (below) explaining the issue, and please consider calling your Senators to urge them to reauthorize this incredibly effective program.

The health of our nation’s children and families is in the hands of the Senate this week, as Senators consider the Graham-Cassidy healthcare bill and the Children’s Health Insurance Program (CHIP) reauthorization. We will be exploring the importance of both of these measures over the next few days. Watch the blog, or follow us on Twitter and Facebook for more.

The news coverage about healthcare this week has focused on the Graham-Cassidy healthcare bill and how it will negatively impact coverage for people across the country, including millions of children. At the same time, the Senate has another children’s health bill to consider — and a unique and bipartisan opportunity to advance coverage for children — before the end of the month. The Senate can vote to reauthorize the Children’s Health Insurance Program (CHIP) before funding expires on September 30.

The 20-year-old CHIP program covers nine million children and is incredibly effective, with Medicaid and CHIP coverage insuring about 1 in every 3 children in the United States. CHIP has broad bipartisan support, and the Senate Finance Committee has already passed a bipartisan bill to fund CHIP.

Unfortunately, in the rush to push Graham-Cassidy through before the September 30 deadline, the Senate is at risk of setting aside CHIP. Within months, many states will run out of money to cover this vulnerable group of children. And, because states created their budgets for this year with the assumption that CHIP would be reauthorized, many will be in dire financial straits, and it will be hard to recover even if congress eventually reinstates the program.

If the Senate passes Graham-Cassidy and fails to reauthorize CHIP, the impact on children is hard to overstate. The care for more than 30 million of our nation’s most vulnerable children will be in jeopardy.

Let’s be clear: our nation’s priority must be to set aside partisan bickering and invest in the health and well-being of our children. If you are as alarmed as we are, please make a call to your senators to make your voice heard. You can contact your Senators through the Senate switchboard (202) 224-3121 or find your senators’ numbers here. Or, you can utilize this action guide on CHIP from Families USA.

We encourage you to raise your voice and share your concerns about CHIP reauthorization and the Graham-Cassidy bill with your Senators, and to follow us on Twitter and Facebook where we’ll be staying up-to-date with the latest developments.