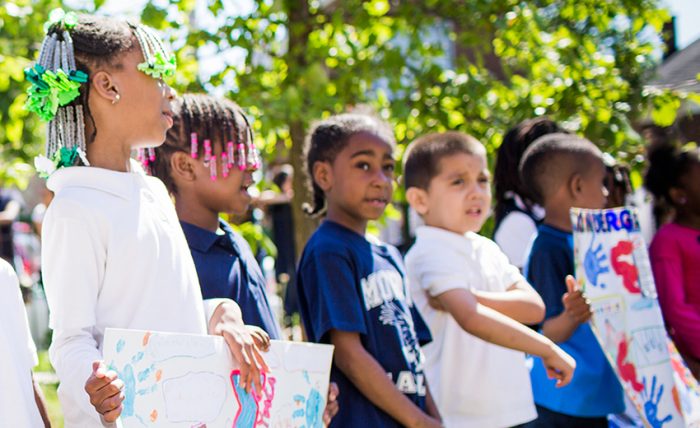 A regulatory change to the free care rule in 2014 allowed states to use Medicaid funding to provide services to all Medicaid-enrolled students in schools, but there are state policy challenges that must be untangled in order to move forward. Healthy Schools Campaign was a strong advocate of this policy change and is now working to support states, schools and others in implementing this policy.

One challenge identified by states and advocates is the structure of their state Medicaid plans and if a state plan amendment (SPA) is needed to move forward on expanding school health services through Medicaid.

So, what does this mean for expanding school health services? While only three states explicitly prohibit coverage of services under the “free care policy,” many states have provisions in their state plans that may present a barrier to expanding services to all Medicaid-enrolled students. These states will need to develop a plan to address these barriers and will likely need to submit a SPA to Centers for Medicare & Medicaid Services (CMS).

That sounds daunting—but state Medicaid departments routinely develop and submit SPAs. The Medicaid Department, in partnership with the Education Department, local education authorities and other stakeholders will undergo a detailed examination of existing state policy to determine what and how they will move forward with expanding services. Both California and Louisiana have already developed and submitted state plan amendments to clarify their “free care” policy. Louisiana’s has already been approved and the expansive California proposal is awaiting CMS approval now.

It is important to note that a state plan amendment is just one factor in the process to increasing Medicaid reimbursement for school-based services. There may be other laws or policies in each state that prevent reimbursement. There are also other pathways to expanding coverage outside of this traditional Medicaid pathway, including innovative partnerships with managed care companies. Healthy Schools Campaign has toolkits and resources to help understand and address a whole host of factors that are at play.

For more information about the NHeLP analysis, or to see the analysis of your state’s Medicaid plan, please see the state-by-state tables in the NHeLP publication: Medicaid’s “Free Care Policy”: Results from Review of State Medicaid Plans.