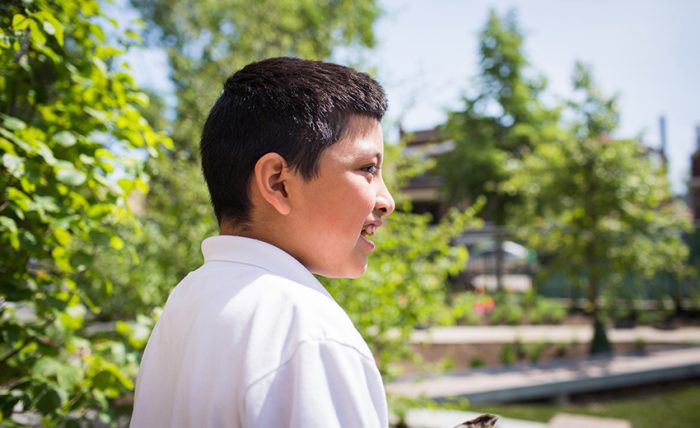 Update June 22, 2017: Today the Senate finally revealed the details of the healthcare proposal it has been crafting behind closed doors. As expected, the Senate bill is extremely similar to the House bill that passed last month. Both of these bills endanger the nation’s most vulnerable children by phasing out the Medicaid expansion and by making a damaging structural change to Medicaid funding that will disproportionately harm children’s access to health care, including essential school-based prevention and treatment services.

As our partners at the Save Medicaid in the Schools Coalition put it, “this bill reneges on Medicaid’s 50+ year commitment to provide America’s children with access to vital healthcare services that ensure they have adequate educational opportunities and can contribute to society.”

We urge you to take action and tell your Senators to oppose any healthcare reform provisions that would change the Medicaid funding structure and repeal the Medicaid expansion.

Original post June 15, 2017: Last month, the U.S. House of Representatives passed the American Health Care Act (AHCA), a bill that changes core parts of the Affordable Care Act. This legislation includes cuts to Medicaid, makes a dramatic and damaging structural change to its funding and eliminates the Medicaid expansion that has been critical in helping parents get insured.

Now it appears that, behind closed doors, the Senate is drawing closer to passing a healthcare bill that looks a lot like the widely disliked version that cleared the House. Any agreement currently on the table would almost certainly include shifting Medicaid funding to a per capita cap and repealing the Medicaid expansion that has helped schools provide necessary health services to millions of children. Minor changes, such as phasing out the expansion more slowly, won’t make the Senate plan any less harmful to children who will ultimately lose coverage.

As we have shared before, we strongly oppose healthcare reform provisions that change Medicaid funding to a per capita cap and repeal the Medicaid expansion. Both of these moves will inevitably decrease access to needed care for our most vulnerable children that ensure they are healthy, in school and ready to learn.

Policymakers need to hear this message loud and clear. And we need your help.

We urge you to take action and tell your Senators to oppose any healthcare reform provisions that would change the Medicaid funding structure and repeal the Medicaid expansion.

Remember, AHCA is not yet law. Many Senators have expressed strong reservations about the bill and are currently thinking through their next steps. We must make it clear that changes to Medicaid, including the deep cuts in AHCA, will hurt students and their families. Medicaid must be protected as a critical source of health insurance for students so that they can be healthy and ready to learn.