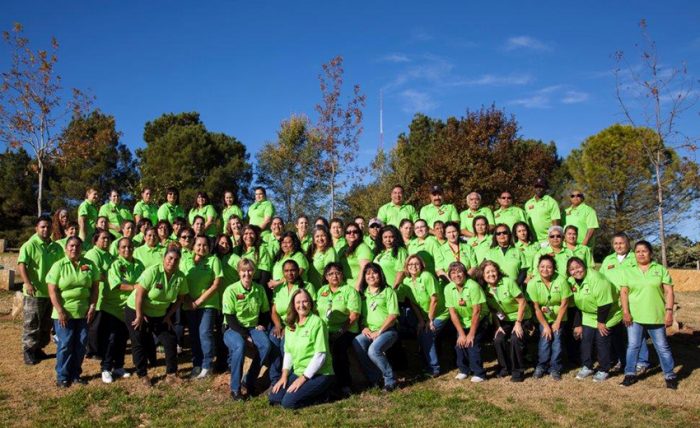 Texas Tech University in Lubbock, Tex., is taking recycling to a new level, establishing itself as a leader and expert on sustainability within the Red Raider community both on and off campus. In fact, this college campus actually takes in recycling from people and businesses all over Lubbock! And what it’s doing to engage the students on campus is incredibly smart (hint: there’s a paycheck involved). Congratulations to Texas Tech’s University Housing Division (UHD), the winner of the 2015 Green Cleaning Award Honorable Mention for Recycling, on developing a truly groundbreaking program.

In 2009, Jackie Kimbler, the Unit Manager of UHD Support Services, began thinking more sustainably after hearing from students and attending a few conferences where that was the central theme. As she began preparing for move-in weekend, where 8,300 students move into 18 residence halls on the sprawling Lubbock campus with carloads full of boxes, Kimbler had an “aha” moment: recycling!

Working closely with the university’s Sustainability Department, UHD partnered with a local recycling company to collect 11 tons of cardboard that first move-in weekend in 2009. Building off of that success, they decided to put bins out in all residence halls and quickly collected 39 tons of recycled product in one weekend. “We really thought we were big time.”

Last year, the university housing department collected 400 tons of recycled material. The UHD has its own own recycling station with an impressive force of machinery, including two 30-yard compactors and its very own styrofoam densifier.

Since that fateful move-in weekend seven years ago, sustainability has become embedded in the UHD’s culture. On Wednesdays, the entire UHD custodial crew wears a green sustainability shirt. This is a way to promote the department’s sustainability efforts throughout the campus community, but it’s also a motivator and award for staff. It’s a day when they don’t have to wear their uniforms, and they can have a little fun. “It’s our pledge to remind the team of our efforts,” says Kimbler. “And it gives others an incentive to be more sustainable, too.”

The UHD has a surprising method for engaging students in its program: It hires them. By partnering with the financial aid office, the division was able to create 10-12 part-time on-campus jobs for students that include anything from driving around and picking up recyclables to hand sorting. The UHD created a volunteer student group called Red Raider Recyclers, made up of students who are interested in sustainability who help educate parents and students on sustainability and get them excited about the recycling program and student jobs during move-in weekend.

Lubbock, located in remote Northwestern Texas, doesn’t have a lot of environmentally minded programs, which makes Texas Tech’s commitment to recycling all the more groundbreaking. In fact, the school is not only considered a local expert and advocate for recycling, but it’s also considered a recycling station for the vast majority of the city.

“For years, the city of Lubbock would accept glass with recyclables,” recalls Kimbler.  “When their glass crusher broke, they stopped taking glass.” Kimbler’s department didn’t miss a beat. They turned to their glass buyer to make sure they would continue to collect (and buy) glass recycling items from the university.

At the same time, the local news stations began investigating why the city wasn’t accepting glass anymore and did a feature on the UHD’s solution. That’s when the university’s Sustainability Department got inundated with calls from people in the city wanting to bring their glass down to campus to recycle.

When people from the community call the university asking if they can dump glass there to be recycled, the Sustainability Department asks them to bring other recyclables, too. They can make money on all of it in the form of rebates issued from their recycling partners. “We sell that glass and use all of the proceeds for a Sustainability Scholarship,” says Melanie Tatum, Sustainability Director at Texas Tech. In the first year of doing this, the university gave out 10 scholarships of $1,000 each. This year, they were able to give out 35. “We don’t use the money to operate with, we turn it back and give it to the students,” says Tatum.

The UHD also collects styrofoam from local furniture stores, restaurants and other schools around the city. It can even create a perfect mold of the state of Texas with its styrofoam densifier.

“The way we look at it, this is a recruiting opportunity for us,” says Tatum. “You get these young students interested in Texas Tech but also into recycling. So how much easier is our job going to be when they come to school here?”

Is your school interested in being recognized for excellence in green cleaning? Be the first to find out when the award application is released!