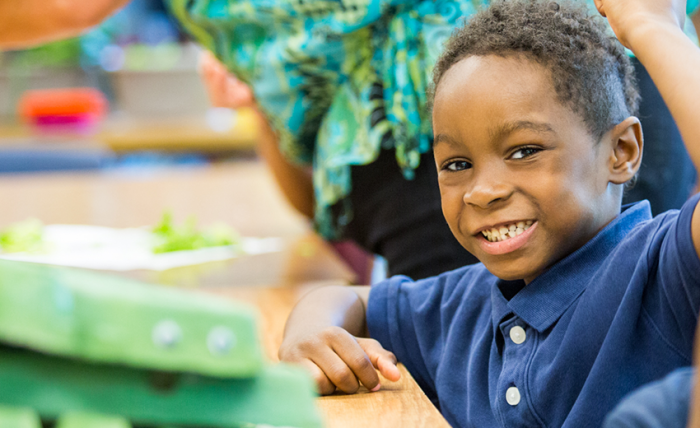 This year, Healthy Schools Campaign worked hand-in-hand with you to defend Medicaid as it was repeatedly threatened. Thanks to all of you, and people across the country, policymakers heard loud and clear that Medicaid is important for children and families, important to school success and important for the future health of our nation. Advocacy and storytelling—in town hall meetings, in Congressional offices and in the press—made a difference, and, together, we protected coverage for children and families.

But the fight is far from over. In the past month, the administration announced plans to end cost-sharing subsidies and congress let a key deadline for insurance funding pass. Here are three ways to keep advocating for children’s healthcare.

The threat to children’s health insurance coverage is real and the landscape is ever shifting. But advocates are prepared. Healthy Schools Campaign, in partnership with colleagues across the country, will continue to alert you of upcoming advocacy efforts. The most important thing you can do right now is to tell your story to policymakers at the federal, state and local level. Why are Medicaid, CHIP and the ACA so critical to the children and families you serve? What will happen if the coverage goes away? This summer proved beyond a doubt that this type of advocacy makes a difference—so keep it up. Together, we can protect and strengthen health care for children, families and all of us.