We Need a Better Understanding of our School Facilities 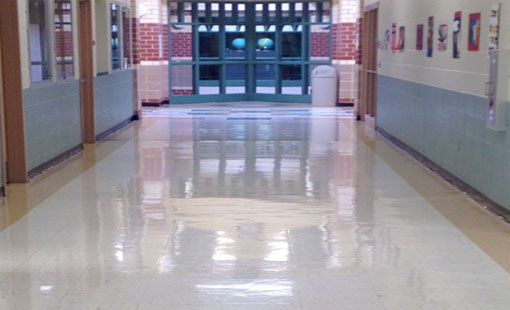 Several reports reveal a picture of concern regarding our school buildings.

Last week, the Environmental Working Group (EWG) released a report on asbestos — one that specifically calls out the risks for asbestos exposure in our nation’s schools. This is an important issue, and we hope the report encourages our political leaders to ask serious questions about the current state of our nation’s school buildings.

A related report was issued in 2013 by the U.S. Green Building Council (USGBC). State of Our Schools highlighted the critical need to invest in our schools to meet current health, safety and educational standards. While not specific to asbestos, the report detailed many concerns with the current state of school facilities across the country, including nearly $300 billion to cover deferred maintenance needs, more than $500 billion to cover modernization needs, and a general lack of data and understanding of the overall conditions of our nation’s schools. In fact, the last comprehensive report on America’s school facilities was conducted by the Government Accountability Office (GAO) in 1995 — more than 20 years ago! At that time, the GAO indicated that 15,000 U.S. schools were circulating air that was deemed unfit to breathe.

Taken together, these reports paint a picture of concern about the current state of our school buildings, from poor indoor air quality to much need maintenance and modernization. The result is that many of our school facilities are not setting students up for success, or worse, may actually be doing them harm.

EWG’s Asbestos Nation: Asbestos in Schools report provides background on asbestos regulation and laws. It was in 1984 that that the U.S. Environmental Protection Agency (EPA) conducted a nationwide survey of more than 2,600 schools to determine a risk assessment of student asbestos exposure:

EPA estimated that 15 million students and 1.4 million teachers, administrators and other employees — in almost 35,000 schools — were at risk of exposure to deadly airborne asbestos fibers.

This report lead in part to the passage of the 1986 Asbestos Hazard Emergency Response Act, an act that requires inspections, management plans and, in some cases, removal procedures that are set up to protect occupants from asbestos exposure. So while we’ve had nearly a generation to address, abate and protect our students from asbestos, where does the current level of risk stand?

The survey was conducted in January 1984. Incredibly, that appears to be the last time the federal government assessed the risks asbestos poses to students, teachers and staff in American schools.

So on one hand, we have no data to evaluate current risk levels for asbestos exposures in schools, but on the other hand, EWG shares a number of anecdotal reports highlighting real risks. Stories that include :

It is hard to conclude if these examples are isolated and rare problems or the sign of a much more widespread crises. What the report does is highlight the lack of knowledge of our current school facilities and the level of resources needed to make sure that all students attend a school that is safe.

Back to the State of our Schools report. In its conclusion, the USGBC states that:

Lack of sufficient, comparable facility data aligned to basic education data is hindering our ability to address the safety, health, educational and environmental challenges of our public school facilities. At the federal, state, school district and individual school levels, the public needs to understand both the current extent of problems in our facilities and the educational opportunities that high quality public school facilities provide.

It’s clear that while these reports were written two years apart, they highlight almost the same need: the need to have a more complete understanding of our school facilities to better create conditions for health in all our nation’s schools.

We support EWG’s call for the federal government to restore funding for asbestos abatement and ban the use of asbestos. Additionally, we urge GAO to update the school facility condition report every 10 years, with the next one beginning immediately.