Welcoming Chef Mark Steuer as a Cooking up Change Judge 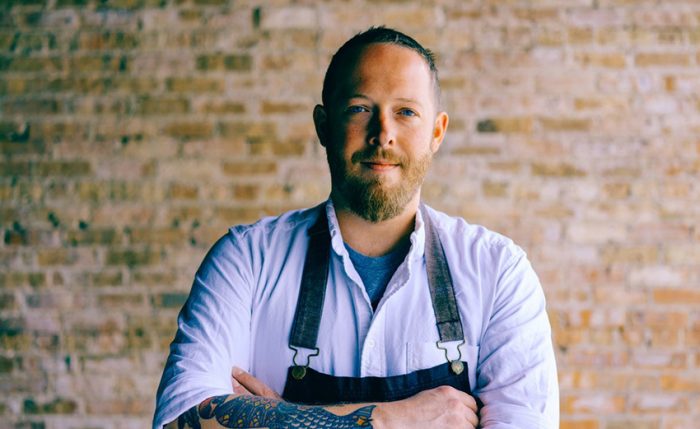 Cooking up Change challenges high school culinary students to create healthy school meals their friends actually want to eat, but it also provides students with the opportunity to gain culinary skills and foster valuable relationships with those in the culinary field.

In addition to the chef mentors each team works with throughout recipe development, our esteemed panel of judges includes some fantastic local chefs. This year, we’re excited to welcome Chef Mark Steuer, the executive chef and partner at soon-to-open Funkenhausen, a German-inspired beer hall and brasserie. Steuer has worked at several top Chicago restaurants, including Carriage House, El Che Bar and The Bedford.

Like many of our Cooking up Change student chefs, Steuer’s love of food and inspiration comes from his background and family. Growing up in a German household, speaking German at home and eating fantastic home-cooked German food have left their mark on the food Steuer loves and cooks—including what’s going to be on the menu at Funkenhausen.

Steuer explains that he got involved with Cooking up Change because he believes “it’s important to invest in our future by giving today’s youth the chance to lead healthy and productive lives.”

It’s for that reason that serving students healthy food in schools just makes sense. “It’s simple,” he says. “A healthy body leads to a healthy mind, and what better way to give our youth a leg up than ensuring they have the nutritious food they need?”

He’s most excited about working side-by-side with the student chefs to pass on some of the knowledge he’s gained. “I think it’s important to show them early that cooking healthy, delicious food isn’t necessarily more difficult than serving processed food,” he says.

We’re so excited to welcome Chef Steuer to this year’s judging panel! If you’re in Chicago, join us on Nov. 16 to see just how meaningful this experience is. You’ll be able to chat with the student chefs, taste their incredible food and celebrate with us as we announce the winners. If you’re not in Chicago, you can still support Cooking up Change by making a donation and purchasing grand raffle tickets.