What Does School Food Mean for National Security? Retired Military Leaders Speak Up for Healthy Scho

Ashley Hofmann is completing the final practicum to earn her Masters of Social Work from the University of Missouri. Her academic research focuses on disparities in access to health care and how policy can act as a catalyst for social justice.

We all know that excess body fat is a concern for our individual health, but did you also know that it’s a concern for national security?  A group of retired military leaders at the nonprofit Mission Readiness has released a report [pdf] urging schools to decrease junk food sold in vending machines, a la carte lines, and stores as a way to stop the rising rates of childhood obesity, which leave 1 in 4 young people ineligible for military service.

The report, “Still Too Fat to Fight” (a quick read with stories and graphs), begins with a simple statement: “We cannot succeed in teaching our children to eat healthier foods while selling them 400 billion junk food calories in our schools every year.”  The report goes on to explain:

The problem of junk food sold in schools is not just a national health issue. It’s a national security issue.  Over the past 40 years, obesity rates have more than tripled for children and teens. . . .  Meanwhile, too many schools across America still have vending machines and other venues where children can routinely buy candy, potato chips, cakes, cookies and sugar-sweetened fruit juices or sports drinks.  The calories add up.

While limiting the sale of junk food is not a solution by itself for the childhood obesity epidemic, it is part of the solution.  When schools sell candy and sugary drinks in cafeterias and vending machines, it works against national efforts to serve healthier school meals and parents’ efforts to help their children develop healthier lifelong eating habits.

This is not the first time we’ve heard that schools need standards for food sold outside the lunch program.  A report released earlier this summer from the Institute of Medicine, along with the Healthy, Hunger-Free Kids Act of 2010, focus on these “competitive foods” (snacks in school)  as a culprit in childhood obesity.  But the push from military leaders highlights a different consequence of the epidemic.  The national problem is not only affecting individual health, productivity at work, and medical expenses (though the military report does mention that the government spends over $1 billion each year on weight-related injuries and cardiovascular diseases for members of the military and their families), but also has an impact on our ability as a country to build a strong military.

A focus on this connection between school food and military readiness is not a recent development.  In fact, when the National School Lunch Program was created in 1945, it was in part “as a measure of national security.”  Military leaders, concerned about the number of young men who were too malnourished for military service, called upon the nation to make sure that students received proper nutrition.  This drive shaped many of the program’s details, such as the fact that school lunches were required to provide a minimum number of calories but had no upper limit on calories.  Today’s children, of course, are facing a different set of challenges.  In 2009, Mission Readiness released its original “Too Fat to Fight” report that called on the nation to provide healthier school food, reduce access to junk food in schools, and offer nutrition education lessons.  (For more about the history of school food and how our nation’s vision for this program  has evolved over the years, check out HSC President and CEO Rochelle Davis’ recent blog.)

Schools play an important role in reversing the obesity rates because of the amount of time children spend at school and the calories they consume there.  A 2005 study by the USDA found that approximately 400 billion calories from junk food are consumed at school each year.  Districts that have put regulations in place to limit these low-nutrient, calorie-dense foods, along with providing health education and increasing physical activity, have seen a decrease in obesity rates in their students.  Efforts to remove unhealthy snacks from schools, along with healthier lunch standards and support from the community, will help to ensure a brighter, longer future for our children.

As adults, we hold responsibility for the health of our nation’s children.  And more than responsibility, we have the power of our voice and vote to protect our children’s health and future.  You can write to your members of Congress and tell them you support healthy food in schools; call your school district superintendent to talk about the district’s wellness policies; and meet with your school principal and teachers to ask how you can work together to make sure the school supports kids’ health.  You’ll make a difference not only for individual children but for our nation as a whole.  What could be more patriotic than that? 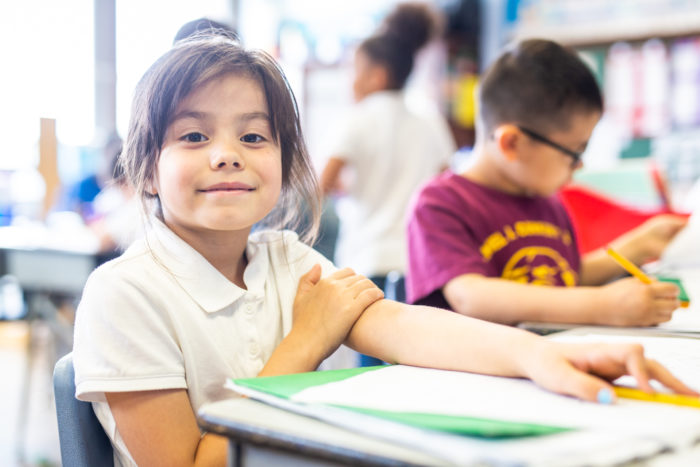