What the USDA Final Rule Means for School Food 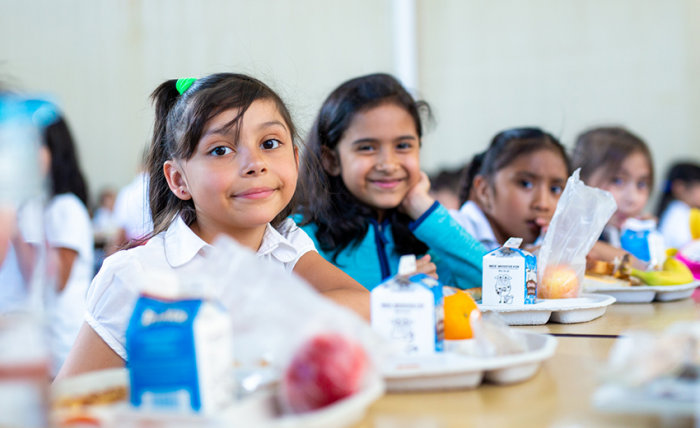 In May 2017, U.S. Secretary of Agriculture Sonny Perdue announced the administration’s intentions to roll back some healthy food standards. Last week, the USDA issued its final rule, which will go into effect starting with the 2019-2020 school year, with changes in three major areas: sodium, whole grains and flavored milk. When it comes to sodium and whole grains in particular, the final rule goes further than the initial announcement. In fact, the rollbacks to sodium and whole grains would allow schools that were already meeting the new requirements (95 percent of schools, according to the USDA’s own numbers) to weaken their school food standards.

Sodium
In May, the USDA proposed delaying the date by which schools had to implement the Target 2 sodium levels from the 2017-2018 school year to 2020-2021. The final rule goes further, pushing the date for Target 2 compliance to school year 2024-2025—seven years later than the initial plan. The final rule also completely eliminates the final target for sodium.

Eliminating the final sodium target means school meals won’t be consistent with the Dietary Guidelines for Americans, jointly issued by the Department of Health and Human Services and USDA.

At the Cooking up Change national finals this year, more than half of the meals met the final sodium target, which proves that school meals that meet high nutrition standards are possible and delicious!

Whole Grains
The Healthy, Hunger-Free Kids Acts stipulates that all grain-based foods served in schools be at least 50 percent whole grain. That includes pasta, biscuits, bread and tortillas. The requirement was phased in over a three-year period, and districts were able to apply for waivers to exempt them from the requirement.

While the initial announcement said only that the USDA would be continuing the waiver program, the final rule actually eliminates the need for waivers entirely. All districts can now serve refined-grain foods half the time.

This is especially disappointing considering the majority of districts were already meeting the whole grain requirement. What this does is allow schools who were already serving kids whole grains to start serving refined-grain foods again.

Flavored Milk
Under the original HHFKA rules, flavored milk needed to be nonfat and 1 percent milk could only be plain. The May 2017 proclamation said 1 percent flavored milk would be allowed, and the final rule confirms it. Flavored milk contains added calories—mostly from added sugar.

What does this mean for school meals?
When the proposed rollbacks were initially announced, we heard from several districts that they weren’t planning on rolling back the progress they had already made. We hope most schools follow in their footsteps.

Now is not the time to loosen the requirements, to allow schools to go back on the tremendous progress they’ve made in making sure all students have access to nutritious food while they’re at school.