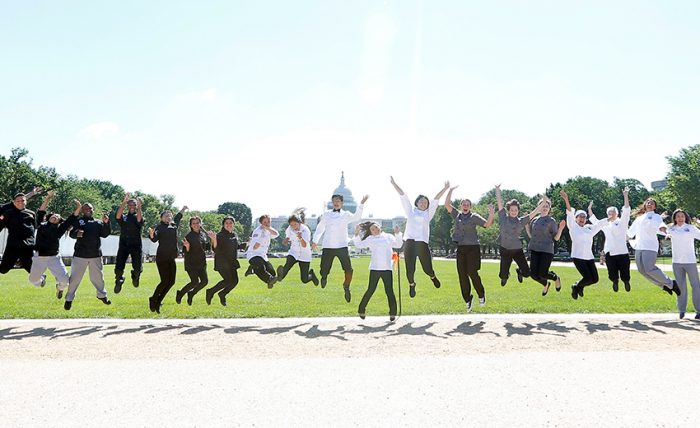 With tantalizing meals like Tomato Lime Cucumber Wheels, Thai Chicken Roll-ups and Caramelized Pear-pone on the menu at this year’s Cooking up Change National Finals, it promises to be a delicious week for a few lucky judges. Cooking up Change is a culinary competition in which talented high school students battle it out in the kitchen and get to serve their meals on the national stage to Congressional lawmakers to prove that school food can taste great, and be great for you!

In just a week, seven teams from across the country—Boston, Chicago, Dallas, Detroit, Orange County, Oakland and Phoenix—have earned their way to compete in this year’s national competition. They will be creating meals that prove it is possible to stick to higher nutritional guidelines while still being delicious and affordable. After the recently proposed rollbacks and budget cuts from the administration, it is more important than ever for these students to be part of the conversation in our nation’s capital.

Meet the 2017 Cooking up Change National Finals competitors and their meals: