Why Gun Violence Is a Student Health Issue 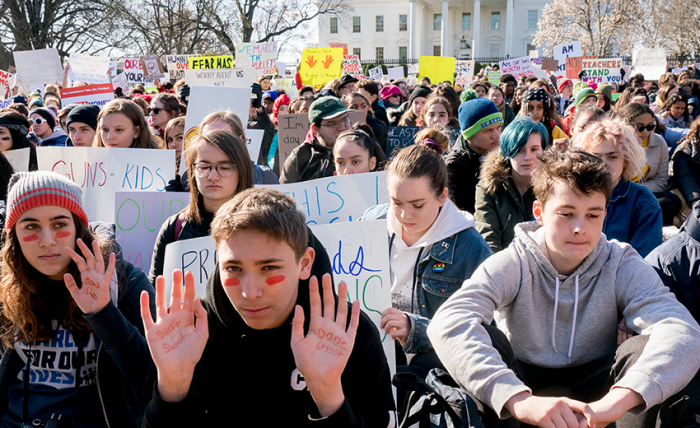 No child deserves to feel unsafe at school. Unfortunately, the issue of gun violence has once again been thrust into the spotlight after the mass shooting at Marjory Stoneman Douglas High School in Parkland, Florida.

While gun control is on everyone’s mind right now, the issue of gun violence is not something that leaves the lives of many students when it leaves the headlines. The numbers are staggering: About 19 children are killed by or receive emergency treatment for gunshot wounds in our country each and every day. And children in low-income neighborhoods of color are more likely to witness or be the victims of gun violence.

We know that trauma and anxiety impact learning. This is not only true for students who witness or survive gun violence, but also for those who hear about it, or whose school experience is impacted by it through lockdown drills, for example. Trauma and violence are one of the primary causes of chronic absenteeism—missing enough school days to negatively impact academic achievement.

There’s a lack of support for students who experience violence and trauma, which can affect lifelong health and wellness as well as academic achievement. Only 25 percent of children in need of behavioral healthcare get the help they need—and students of color are less likely to have access to health services. This has significant implications for children impacted by violence and trauma.

However, states can take action to address violence and trauma caused by gun violence through gun control as well as increasing resources for behavioral and mental health services to deal with trauma and anxiety. In fact, many states have taken action. In the wake of Sandy Hook, Connecticut passed one of the strictest gun control laws in the nation. The law expanded a ban on selling assault weapons, banned the sale of magazines that hold more than 10 rounds, and required owners of both to register with the state. The bill also allocated $15 million for expanded school safety and mental health programs, and includes new eligibility requirements for ammunition sales. It also had a provision to create the nation’s first registry of dangerous offenders, which will be accessible only to law enforcement officers.

Several other states also passed gun legislation following Sandy Hook. New York state passed a law that created a state database for pistol permits, reduced the maximum number of rounds legally allowed in magazines and required universal background checks on all gun sales. Maryland also passed legislation in response to Sandy Hook that banned the purchase of 45 types of assault weapons and limited the number of rounds allowed in magazines.

Earlier this month, Florida passed legislation to allow law enforcement to petition courts to temporarily remove guns from someone who displays warning signs for violent behavior, raises the age to buy guns, prohibits bump stocks and ensures background checks are passed before guns can be transferred through licensed gun dealers.

These state laws are a great start, but there’s a critical role for federal agencies and policymakers. We are encouraged to see initial actions taken by Congress to allow funding within the new education law, the Every Student Succeeds Act, to be used to better support mental health programming and school safety, but this is not enough. Our federal lawmakers must follow the leadership of states like Connecticut and New York and implement comprehensive gun reform to keep our nation’s children safe.

We were so proud to see students raise their voices in support of gun control on March 14, and millions are expected to participate in March for Our Lives events on March 24. You can show your support for gun control by getting involved in a local event and following Moms Demand Action, a grassroots organization of moms working together to reduce gun violence. We’ll keep you updated on opportunities to take action and stay involved.