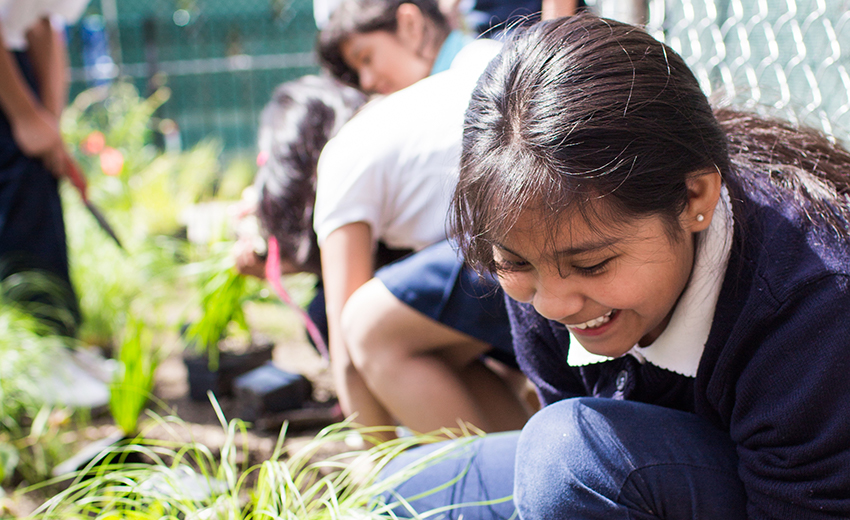 It’s been one year since the U.S. Department of Education—in partnership with the U.S. Departments of Health and Human Services, Housing and Urban Development, and Justice—launched Every Student, Every Day: A National Initiative to Address and Eliminate Chronic Absenteeism.

The Every Student, Every Day Campaign is a cross-sector initiative aimed at helping states, school districts and communities address the root causes of chronic absenteeism, including health-related causes. Chronic absenteeism—or missing 10 percent or more of school days for any reason, excused or unexcused—detracts from learning and is a proven early warning sign of academic risk and school dropout. Nationwide, a staggering number of children are chronically absent, often at a very young age and often without attracting attention or intervention.

Since the launch of the campaign, a number of key activities have taken place through the initiative.

In February, the White House and the U.S. Department of Education (ED) announced two key components of the Every Student, Every Day initiative: the My Brother’s Keeper (MBK) Success Mentors Initiative—with 10 initial participating cities—and a multi-million dollar Ad Council campaign to engage parents on this critical issue.

In June, ED’s Office for Civil Rights released the first set of national data on chronic absenteeism. The data highlights the scope of the problem and underscores the importance of the Every Student, Every Day initiative. The report showed that more than 6.5 million students nationwide were chronically absent (missed 10 percent or more of school days) in the 2013-14 academic year.

Healthy Schools Campaign is playing an active role in supporting this initiative and efforts to address chronic absenteeism. Our work with the National Collaborative on Education and Health, the group we co-convene with Trust for America’s Health (TFAH), helped catalyze the launch of the Every Student, Every Day initiative. We are also working with states to ensure they understand how to leverage the new education law, Every Student Succeeds Act, to address chronic absenteeism.

It’s been great to be involved in the rollout of this initiative over the past year, and we’re looking forward to continuing to work on reducing chronic absenteeism rates throughout the country.