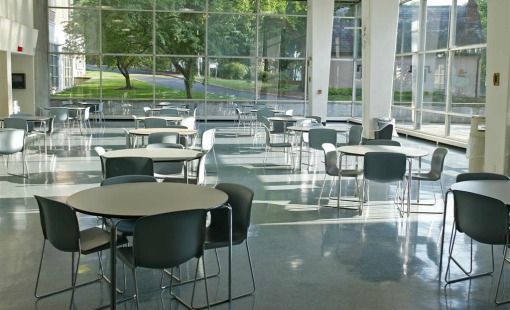 What better way to celebrate Earth Day than to recognize schools that are going above and beyond to make their schools healthier places to learn and work?

Today, 58 schools from across the country were honored for their efforts to reduce environmental impact and utility costs, promote better health, and ensure effective environmental education, including civics and green career pathways. In addition, 14 school districts were honored for the District Sustainability Award. For the first time this year, the program is recognizing postsecondary institutions and selected nine as awardees.

On a federal level, Green Ribbon Schools is an important avenue for incentivizing schools to prioritize green initiatives. In fact, the award is one of the few national awards spotlighting schools that are creating greener, healthier learning environments. (Another award with a slightly different focus is HSC’s Green Cleaning Award.)

The winners were confirmed from a pool of candidates voluntarily nominated by 30 state education agencies. The list of selectees includes 52 public schools and six private schools from 27 states. Thirty-four of the 2014 honorees serve a disadvantaged student body and 18 serve rural communities.

Winners shared a few things in common — they’ve prioritized more than one of the “three pillars” [link] identified by Green Ribbon Schools. They also share a drive to collaborate with nearby businesses, parks, colleges, farms, museums and many other entities. They do not, however, share the same-sized budgets. In the introduction to the report on winners, Andrea Suarez Falken, director of the Green Ribbon Schools Program, writes: “Our honorees are not necessarily the wealthiest institutions. In fact, over the last four years, nearly half of our honorees have educated underserved student populations.”

One elementary school in Lincoln, Ala., where 65 percent of students receive free or reduced-price lunch, devotes 75 percent of its grounds to ecological and educational activities, including butterfly gardens, edible gardens and outdoor classrooms. In the El Monte Union High School District in California, where 90.2 percent of students are eligible for free or reduced-price meals, all of the district’s schools have cool roofs. And those are just some of the incredible examples.

Healthy students are better learners and all students — regardless of race or socioeconomic background — deserve a healthy school environment that supports students’ well-being and builds a foundation for learning. It’s great to see all these schools succeed in making their schools healthier places to learn and work.

Congratulations to all the winners of this year’s Green Ribbon Schools awards!

Previous
Daley Leads the Way with Quality Physical Education
Next
How D.C. Public Schools Gets Buy-In from Picky Student Eaters