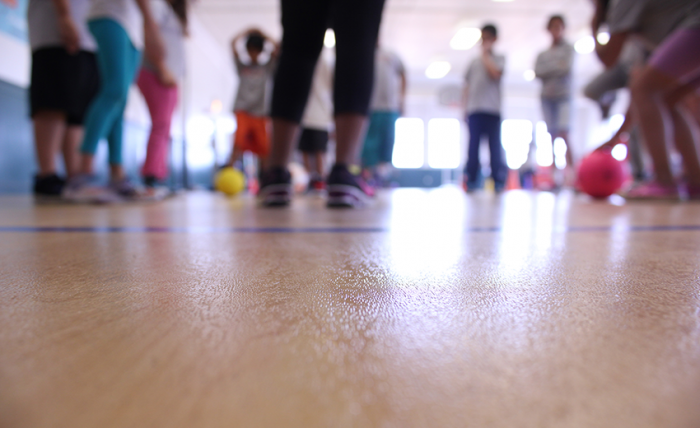 When a student goes to the front office asking to be sent home at a school in Jackson-Madison County Schools, the presence of a school nurse means that 86 percent of the time, that child will be able to return to class—and return to learning.

The school district serves 13,000 students across 23 schools in western Tennessee. When the school nurse program began in 1998, there were only four school nurses. That’s since increased to 20. “We have really grown our nursing department because there’s such a need,” says Annette Wilson, the district’s Coordinated School Health Administrator. Increasing the number of school nurses is just one way Jackson-Madison County Schools has implemented programs that support the health and wellness of its students.

Most recently, Jackson-Madison County Schools is making the most of new funding available from the Every Student Succeeds Act (ESSA) to support the health of students in the district. The law provides opportunities and incentives for states to prioritize student health and wellness and to address health disparities in order to provide a well-rounded and equitable education program. For example, Jackson-Madison County Schools is using funding available through a new ESSA program called Student Support and Academic Enrichment Grants to implement programs ranging from physical activity to school health services.

Wilson also serves as the regional coordinator for the southwest part of Tennessee, which means she works directly with the state office of Coordinated School Health as a liaison between the state and the districts in the area. She also meets regularly with the other seven regional coordinators. This means Wilson—and Jackson-Madison County Schools—knew ESSA would provide a new funding source for school health.

Wilson also sits on the team that writes school improvement plans—a plan that sets up the priorities, goals and action plan for a school. The district had already been including health and wellness goals into those plans, but the ESSA funding represented a way to increase those. “When we first realized about the ESSA funding, I had to start thinking about what were the needs,” she says. As a part of Tennessee’s coordinated school health program, Wilson was already collecting and reporting student health and school health policy information that helped her understand what the greatest health and wellness needs were in her district.

Another need identified by Wilson and other was the need to address chronic absenteeism rates, defined as students who miss more than 10 percent of school days. The district used funding from ESSA to purchase an online medical records system, Healthmaster, to document health information and to track chronic absenteeism. The school nurses can access attendance rates in the student information system and track absences including those students with chronic healthcare needs. This allows the district to get a more complete picture of the problem and identify ways to address it. “We’ve got to keep peeling back those layers to see why these kid are missing school or asking to get sent home,” Wilson says.

For the next round of funding, the district has requested funds for a part-time PE/health coordinator position who will work directly with the district’s PE teachers to help them navigate the policy side and share best practices. This person will serve as a resource to assist the PE and wellness/health teachers to assist them with implementation of new programs and initiatives.

Wilson credits the success of her district’s approval and use of ESSA funds to an open line of communication between departments and a well-versed federal projects director at the district level who helps the district plan and juggle competing priorities. “For school districts, everybody needs to put their money on the table,” she says. “How can we best meet the needs of all of our children with what we have? We can’t do everything.”

For example, Wilson asked for a full-time health educator, but after meeting with other teams in the district and the federal project director, they determined that hiring a social worker was actually the best way to use limited funding. “It’s not just the physical health of kids but its the social and emotional health of kids,” she says. “We really work as a team. We give and
take and make decisions based on what is in the best interest of the children.”

We commend Jackson-Madison County Schools for their leadership on using ESSA funds and look forward to our continued work with the Tennessee state team through the Healthy Students, Promising Futures Learning Collaborative.