CPS Commits to Serving No Antibiotic Ever Chicken 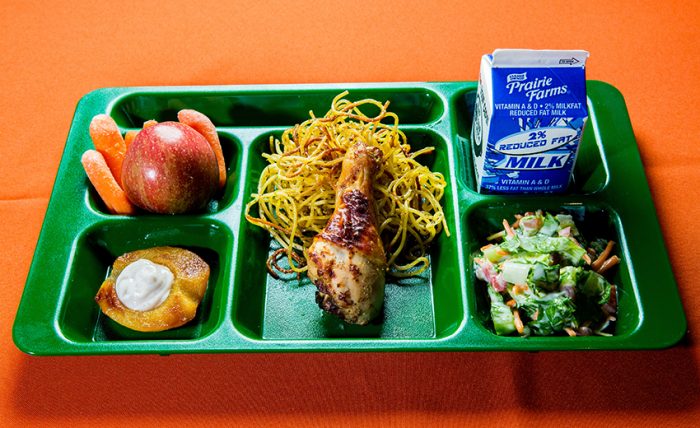 We have some great news to report from Chicago Public Schools (CPS): CPS will now offer chicken that has never been treated with antibiotics to its students. That means that the district’s 380,000 students are getting chicken that support their health and wellness.

In 2011, CPS recognized the need to reexamine its supply chain to replace the readily available and popular chicken nugget. What resulted was the purchase of 1.2 million pounds of antibiotic-free chicken drumsticks from Miller Poultry in northeast Indiana—the first purchase of its kind. CPS was able to purchase these drumsticks at a price it could afford. Now, at least twice a month, CPS elementary students have been enjoying this healthy and tasty chicken. Several of our Cooking up Change student chef teams have used these drumsticks, including 2016 winner Richards Career Academy and its Italian Vesuvio Chicken and Spaghetti.

CPS has now gone one step further by committing to serve “no antibiotic ever” chicken, which means that antibiotics were never used in the raising of the bird. Antibiotic-free chicken can mean chicken that was treated with antibiotics but went through the approved withdrawal time after treatment. The drumsticks from Miller Poultry meet this stronger standard.

CPS and HSC have been co-convening a citywide school food advisory group, whose main charge is to help the district improve the nutritional quality of its school meal program. To that end, the school food advisory group identified 10 interconnected pathways to achieve success in school nutrition. The resulting report, CPS Pathways to Excellence in School Nutrition, became the district’s roadmap to providing healthy school food in a fiscally responsible way.

The group identified procurement as a key pathway to find new food products that are healthier and less processed. In particular, expanding the procurement of antibiotic-free chicken for all schools was a key goal. The procurement of this chicken also furthers CPS goals around the environment and animal welfare.

The move to serve only chicken that has never been treated with antibiotics is a great step in the right direction. We are so excited to support this change and are looking forward to working with the district on this important school food initiative.

Previous
At Western Michigan, Green Cleaning Is About Taking Care of Staff
Next
School Meals are Part of the Equation for Student Health