Fundraising without Junk Food? How States are Implementing New Rules 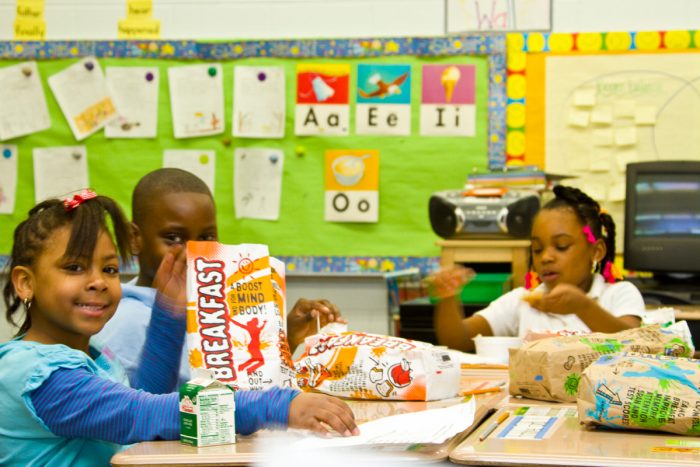 How states are implementing the new healthy fundraising rules in schools.

For food sold within schools but outside the cafeteria line, change is coming. But all schools won’t experience quite the same shift. For example, in some states, school fundraisers may still feature the same sugary fare — at least for the immediate future.

A little background: Starting in July, the USDA’s “Smart Snacks” rules take effect, which cover anything on a school campus sold outside the school meal program. That means a la carte lines, school stores, snack bars, vending machines. Last but not least: school fundraisers. Nutritional content for these items will have to meet the USDA’s healthier standards, created under the Healthy Hunger-Free Kids Act in 2010.

The catch? States were given the authority to create waivers, easing schools into these new rules. And in some states, these waivers aren’t just a spoonful of sugar to help the regulation go down.

In Illinois, for example, in the 2014-15 school year, schools will be allowed to conduct 36 fundraisers that don’t meet the USDA’s nutritional standards. And in Wyoming, schools could have up to 50 days with unhealthy fundraisers in any school.

We get it. It’s tough to change school culture. Especially if it means messing with a time-tested source of much-needed cash such as a candy, doughnut or pizza sale. But it’s also very important to send consistent messages to students about health. And we also need to make the healthy choice the easy choice. That’s harder to do when candy bars are within sight of the salad bar.

HSC spoke with Whitney Meagher, project director at the Center for Safe and Healthy Schools, who gave us a few fast facts on these school fundraising exemptions. Of the 36 states for which NASBE has data, 31 are significantly restricting unhealthy fundraisers.

That means most states are stepping up, no longer supporting unhealthy fundraisers.

Why are some states allowing wiggle room on unhealthy fundraisers? After all, schools know better than anyone that students need consistent messages in order to really learn a concept. Partially, it’s about the bottom line. Schools and student groups depend on reliable sources of extra income. Also, Meagher says: “Sometimes the biggest problem is the tradition behind a fundraiser. People think, ‘This is what we've always done.’”

Still, she says, the large number of states that aren’t creating exemptions points to a greater sea change. “The real cultural shift is in what parents want for their kids,” she says. “They want healthier food for their kids.”

There are plenty of ways to create fundraising opportunities that are either totally neutral on health or even better — actually encourage healthier habits. Meagher urges schools to tap into their most precious resource for ideas, the kids themselves. She says: “Students are incredibly creative.”

Learn more and check out these quick ideas from schools in Chicago: