Honoring the Legacy of Dr. Toni Yancey with Instant Recess 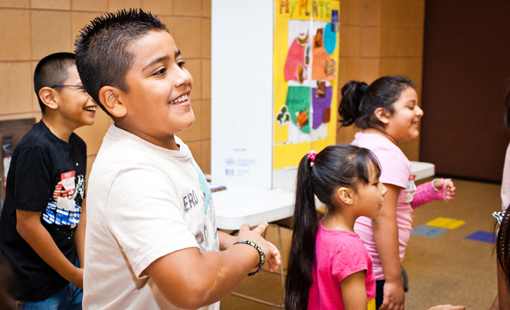 “Instant Recess” was born from a desire to honor Dr. Yancey: a series of 10-minute low-impact exercise routines that could be easily incorporated into the routine of a school, workplace, house of worship or other community space.

Dr. Antronette Yancey was a mover, a shaker, an academic, an advocate and a passionate voice for health and physical activity. In addition to teaching at the UCLA School of Public Health, Dr. Yancey worked tirelessly to end health disparities in disadvantaged communities and promote physical activity for everyone. Advocates for a healthier world lost a great champion when Dr. Yancey passed away in April after a battle with lung cancer. We offer our condolences to all those who knew Dr. Yancey and were touched by her brilliance, and applaud her colleagues at Active Living Research for so beautifully honoring her legacy.

“She was a really singular person,” says Dr. James Sallis, Program Director of Active Living Research. “Everybody that met her fell under her spell with her enthusiasm and her confidence and her commitment to getting things done. Her death at such a young age is such a huge loss for health promotion, but we now have an opportunity to carry on in her tradition and to help further her mission.”

Dr. Sallis and the team at Active Living Research wanted to do something to honor Dr. Yancey and keep her mission alive. She put great time and effort into reintroducing activity into people’s lives and empowering people to take focus on their health. She ought to teach people how to incorporate physical activity in their daily lives, regardless of their schedules, budgets or access to fitness facilities. And so, “Instant Recess” was born: a series of 10-minute low-impact exercise routines that could be easily incorporated into the routine of a school, workplace, house of worship or other community space.

“She’s wanted to make it kind of automatic for people to be active, not something that you had to plan ahead or buy special clothes for, that you had to go to a special place,” Dr. Sallis says. “She said we’re going to be more successful if we can provide it to people so they don’t even have to think about it.”

Dr. Yancey and her team developed many of the Instant Recess routines with the goal to be active but on the light-to-moderate side, opting for a lower-impact, less intense workout to ease in people who may not lead as active of lifestyles. The goal is to encourage, not to intimidate. Each routine is a little different: some are culturally-specific and include traditional dance moves; a more recent routine featured basketball warm-ups from Lisa Leslie and other stars of the WNBA’s Los Angeles Sparks.

Shortly before her passing, Dr. Yancey received a $20 million grant from the Centers for Disease Control to continue this important work and expand the Instant Recess program.

“I think of it as an exclamation point at the end of her life, this program that’s going to take her vision and make it last,” Sallis says.

“Let’s see if we can set up a Guinness World Record for the most people exercising at one time,” Dr. Sallis says. “That’s a big vision, but it’s an example of people’s affection for Toni and respect for her work.”