Why Immigration Is a School Health and Wellness Issue 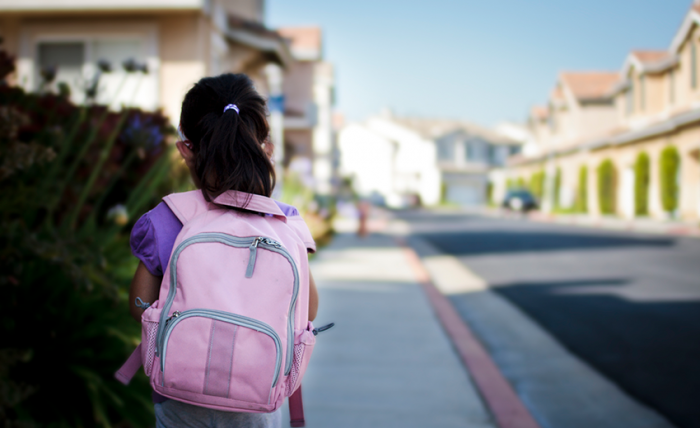 A few weeks ago, we looked at school vouchers through a school health lens. This week, we’d like to do the same thing with immigration.

Since January, the Trump administration has followed through on many of the President’s harsh campaign promises around immigration. Immigration and Customs Enforcement (ICE) agents have stepped up enforcement, even in locations considered “sensitive” and safe from enforcement, such as courthouses and hospitals. The president recently announced the impending end of the Deferred Action for Childhood Arrivals (DACA), a program that has protected nearly 800,000 undocumented immigrants who were brought to the U.S. as children. And the attorney general has threatened cities who act as sanctuaries for undocumented immigrants.

These policies and practices impact the health and wellness of school children directly and indirectly.

Living with heightened anxiety about immigration enforcement action against a family member, loved one, or oneself can trigger anxiety and depression. Studies show that toxic stress can even have a permanent impact on the brain development of young children. These impacts are compounded by the way national political discourse has been associated with an increase in hostility, incivility and bullying of immigrant students, which is itself associated with negative social-emotional health consequences.

The health impacts from toxic stress on children are physical as well as mental: Adults who experience extreme stress in childhood show higher rates of heart disease, diabetes, depression and even chronic bronchitis. The American Academy of Pediatrics warns that “far too many children in this country already live in constant fear that their parents will be taken into custody or deported…[F]ear and stress, particularly prolonged exposure to serious stress—known as toxic stress—can harm the developing brain and negatively impact short- and long-term health.”

The impact is compounded when immigrant families, perceiving danger in interacting with government agencies, choose not to get needed medical care, social service resources or nutritional support for their children. Advocates fear that the impact could be long-term, with “low-income infants and kids eating fewer or lower-quality calories…missing more days of school, growing up in more stressful environments, and going to fewer doctor’s appointments.” Highly publicized stories, like the case of Rosamaria Hernandez, a 10-year-old with cerebral palsy, who was detained by immigration authorities who waited outside the door of the operating room while she had emergency surgery, may confirm the fears of immigrant families, despite efforts by schools and advocacy groups to assure them that they will not be deported for seeking services and care to which they are entitled.

Harsh immigration policies and hostile political discourse on immigration ultimately harm the health and wellness of our most vulnerable students. Healthy Schools Campaign will continue to seek out and share resources on how schools can effectively support the health of their immigrant students, such as this guide from the National Association of School Psychologists and this great list of resources from Teaching Tolerance.