Notes from New Zealand: Be Active to Boost Mental Health and Social Connections 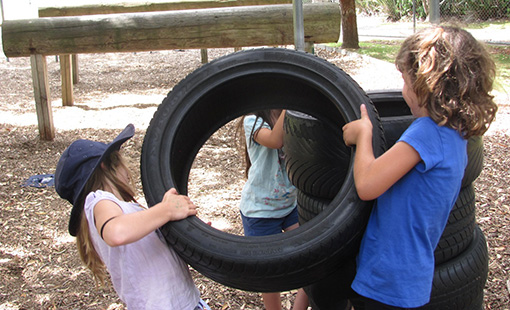 Being active connects you with your community and builds your social-emotional strength.

Tara Kennon served as HSC’s communications manager before moving about a year ago to New Zealand’s Coromandel peninsula, where she has focused on projects to promote travel in this region. Now, she’s reporting back to us on a few of her observations related to school wellness. Today, we’re sharing her second of two posts about physical activity in schools and the community. You can read the first post here.

I recently wrote about Sir Edmund Hillary, Mt. Everest and my observation that the NZ approach to physical activity, both in school and the community, seems to emphasize the lesson that it’s good to be brave and face risk.

One of my friends who remembers hearing the news of Hillary’s Everest feat when it happened refers to him as “the beekeeper.” He discovered the climbing skills that made him famous when he took time away from the family beekeeping business to do some very active self-reflection. Now, he’s held up as a national hero not only for his daring attitude but also for his legacy of good works and community-building (and continued trekking) in Nepal. This seems consistent with messages I saw in the policies and institutions shaping physical activity in school and the community.

Being active connects you with your community and builds your social-emotional strength.

At the national level, I was intrigued to see physical education grouped in a conceptual teaching unit that includes cooking and food education as well as health studies. This conceptual framework is based on the Maori concept of hauoura (loosely translated as health and wellbeing) that includes physical, mental, spiritual and family/community aspects. The national Education Review Office’s recently-released draft evaluation indicators for student well-being are grounded in this concept, identifying physical activity as a pathway to strengthening not only physical health but each of the other aspects of hauoura as well.

Logical as it is, I’m not used to seeing P.E. grouped together officially with cooking. But what stands out to me more is the heavy emphasis on the social and mental health benefits of physical activity. The tenet introducing this unit is not a statement about fitness or obesity prevention but rather He oranga ngakau, he pikanga waiora: “Positive feelings in your heart will enhance your sense of self-worth.” The message I see again and again is that being active connects you with others and with the good parts of yourself.

Outside of schools, I saw almost immediately what a huge role physical activity plays in the social life of many NZ towns. The small town where I live boasts more than 50 active sports clubs, covering activities from running and hiking to cricket, croquet and the national passion of rugby. (That’s not even counting activity-based social clubs like the rock-and-roll dancing society!) Most people I know belong to one or several of these clubs, which aren’t just about playing a sport but also about connecting with others and being part of social events.

In the year I’ve lived in Thames, I’m sure I’ve been on more activity-based social outings than in my entire life up to this point. The ladies who invited me to join their hiking club emphasized before our first outing that I should bring a Thermos of coffee or tea: the morning tea break when we visit is an important part of every walk.

These women taught me another important lesson about cultural attitudes to physical activity. Many of them are in their 70s but still climb the same peaks and cross the same swinging bridges that their children and grandchildren do. In the town’s touch-rugby league, 8-year-olds play alongside uncles in their 50s. And Hillary is revered not only for scaling Everest but for continuing to trek in the Himalayas well into his later years in an effort to connect with the communities that supported his original pursuits there. The lesson I see is that being active is not just about being fit — it’s about having an adventure and connecting with the people who make up your community.