How One School Nurse Impacted Her School Community 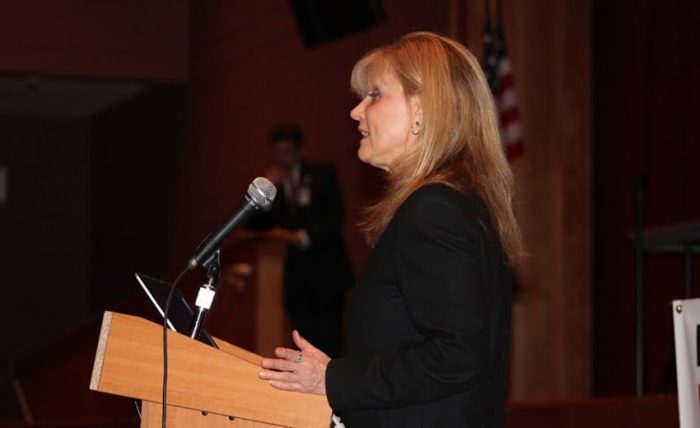 Last May, HSC proudly announced the winners of our third annual School Nurse Leadership Award. It’s an award that acknowledges the tireless commitments that school nurses make, and is supported by School Health Corporation and MAICO Diagnostics. The five winners and five honorable mentions selected from across the country represent school nurses who are reimagining the roles they play in school health and wellness, students’ academic success and the health of the larger community. In this blog, we speak with award winner Adele Pudner.

When Adele Pudner was a new graduate, she worked in the pediatric unit of an urban hospital. In that position, she treated many children with lead poisoning. Thirty years later, she started work as a school nurse in an urban school district in Plainfield, N.J., where lead was again a problem.

With assistance from her colleagues and the lead case manager for the region, Adele developed an enhanced interview method as part of her master’s program. This method was used when registering incoming preschool students to determine lead exposure risk. Adele and her team met with the case manager on a semi-monthly basis and developed a system to notify her of students who had tested positive for an elevated blood lead level.

In addition to addressing lead exposure, Adele is taking on healthy eating, too. In 2015, Adele attended a Let’s Move! workshop and brought back many of the lessons she learned to her school. One lesson in particular was about the sugar content in soda and juice. “People had no idea; they were really surprised,” she says. “People told me they were going to stop drinking anything but water.”

Adele also worked with staff to transform the food at department celebrations. People forgot about the cake and candy and were excited to try out a new salad recipe or bring a fresh fruit. She jokes she was seen as the “food police,” and staff would hide unhealthy snacks from her, but she views that in a positive light. “I realized that I had made an impact on how people viewed food, and I thought that was a good thing,” she says.

Although Adele transferred from early childhood to an alternative high school for the 2016-2017 school year, she’s still carrying the torch of health and wellness. “I was so inspired by what I had done last year, I enrolled in the spring for a certified nutrition specialist course,” she says. Adele completed that course over the summer and has been implementing what she learned since then.

We commend Adele for exemplifying the role school nurses can play in truly transforming schools and communities and congratulate her on being a recipient of the School Nurse Leadership Award.