How Oregon Included Chronic Absenteeism in its ESSA State Plan 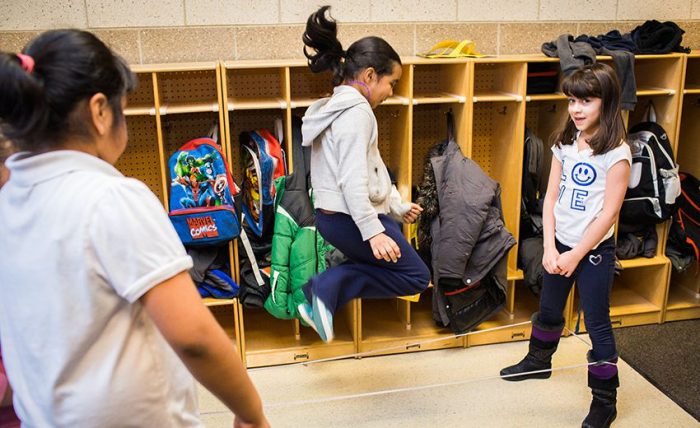 Every state has to include chronic absenteeism in its state plan for the Every Student Succeeds Act. As part of our work to support states in this effort, we’re sharing case studies of states that have done it. Oregon is one of those states.

In 2012, Children’s Institute, the Chalkboard Project, and Attendance Works commissioned the economic consulting firm ECONorthwest to study Oregon’s school attendance rates. The results of this study, along with a multipart analysis by the state’s largest newspaper, The Oregonian, led the Oregon State Department of Education to officially gather attendance data beginning in 2014 and to include chronic absence data in the state’s achievement compacts, which was a part of Oregon’s accountability system under a waiver from No Child Left Behind.

Shining a light on this problem has led to efforts to fix it. The Chief Education Office (CEdO) commissioned a report on chronic absenteeism in Oregon schools to better understand this problem in general, to specifically hear from students and families most likely to be chronically absent, and to present recommendations for the State and local communities. The report was published in May 2016. Additionally, the state legislature passed a bill directing the Oregon Department of Education (ODE) to develop and implement a statewide plan to address chronic absences of public school students, and to report a summary of the plan to the Legislature no later than Dec. 1, 2016. The measure specifies the contents of the plan, and requires ODE to collaborate with the Department of Human Services, the Oregon Health Authority, the Early Learning Division, and community and education stakeholders in development and implementation of the plan.

The CEdO report found that barriers to attending school include health care use or access, chronic illness, poor transportation, family responsibilities, and neighborhood safety concerns. Aversions to attending school include academic struggles, lack of engaging structure, poor school climate and ineffective school discipline, lack of transportation, parents’ own negative school experiences, and uncertainty of new environments (as evidenced by chronic absence spikes in kindergarten, sixth grade, and ninth grade, typically years when students transition to new schools). Finally, “can’t go” to school beliefs are beliefs about attendance being unimportant if, for example, they are excused, or if the child is young, or if absences are not consecutive. In many cases, absenteeism is driven by multiple reasons across all three categories of reasons.

We recently released “State ESSA Plans that Support Student Health and Wellness: A Framework for Action.” This document was developed in conjunction with Alliance for a Healthier Generation. The purpose of this document is to assist health and wellness stakeholders in getting involved in state-level conversations around ESSA.

Previous
What States Have Learned Through our Learning Collaborative
Next
Parents United at 10: Why We Host an Annual Parent Leadership Institute