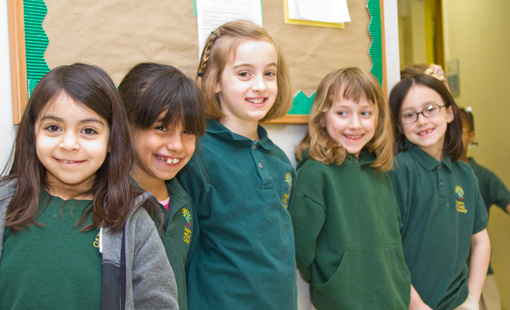 What is chronic absenteeism and why is it important?

Report cards aren’t just for students — they can also be an important tool for sharing eye-opening information about your school overall. Under No Child Left Behind, in order to receive key funding for schools, states must prepare and publish annual report cards for each school that detail performance, promote transparency and accountability and empower both parents and educators to hold schools to higher standards.

While the vast majority of these report cards focus on academic indicators, such as students’ performance on standardized tests, a handful of states and school districts (including Illinois and Colorado) have publicly recognized the connection between health and learning by including health and wellness indicators in their school report cards. Including health and wellness measures on school report cards can help school principals, teachers, staff and parents understand the important connection between health and learning and support healthier school environments.

Today, we have the opportunity to highlight a recent successful effort that took place in Oregon to include a health and wellness indicator in the state’s school report card and achievement compacts (a district-level component of Oregon’s educational accountability model).

The group chose chronic absenteeism. Not only did the OEIB include chronic absenteeism in the achievement compacts, but the state Department of Education decided to include it in its model state school report card, as well. Now schools and districts across the state are reporting the percentage of students that are chronically absent.

So what is chronic absenteeism and why is it important?

A student is chronically absent when they miss 10 percent or more of the school year (equivalent to 18 days out of a 180-day school year) regardless of whether absences are excused or unexcused. Chronic absence in the first years of school is associated with

In Oregon, chronic absenteeism is a very real and big problem. According to the Oregonian (the major daily newspaper in Portland, Oregon), last school year, about 100,000 Oregon students missed at least 3½ weeks of school. This means that nearly one in five Oregon students missed at least 10 percent of the school year and were considered chronically absent.

The inclusion of chronic absenteeism on the achievement compacts and new Oregon school report card is an important step towards changing that. While Oregon’s new report cards do not include why students are absent, we do know that asthma is the leading cause of absenteeism in Oregon and dental pain is the second biggest cause. Members of the Healthy Kids Learn Better Coalition hope that closely tracking absenteeism rates will motivate school districts to look closer at students’ underlying health needs.

“Attendance reflects a lot of health-related barriers to learning,” said Kasandra Griffin, Food and School Health Policy Manager at Upstream Public Health and now Chair of the Healthy Kids Learn Better Coalition. “There are obviously other reasons why kids miss school… but poor physical, emotional and/or social health are probably the leading causes of absenteeism.”

Next up, Griffin and her team hope to develop a better understanding of why students in Oregon are chronically absent and how to address the problem. The goal would be to eventually develop and share toolkits and resources with principals and school staff for improving attendance and supporting the needs of chronically absent students. Upstream Public Health is currently seeking funding for that effort.

We commend the Healthy Kids Learn Better Coalition and Upstream Public Health for their work to elevate the connection between health and learning in Oregon.

Previous
Guest Blog: Partnering with USDA to Bring More Good Food to Schools
Next
At the Farm to Cafeteria Conference, Power in Community