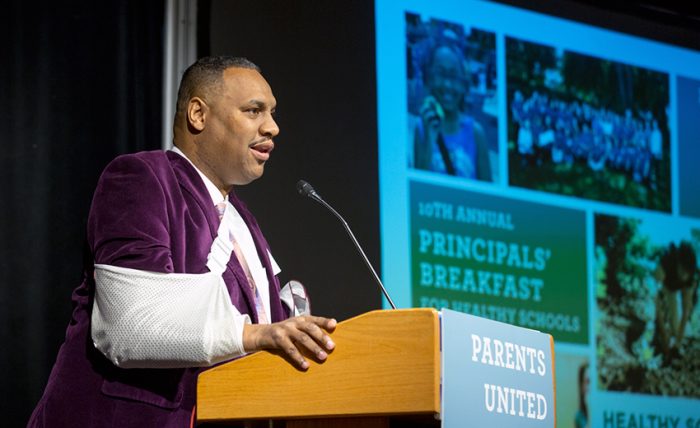 In the 2014-15 school year, for the first time in 26 years, Irma C. Ruiz Elementary School earned CPS’ Level 1 status on the district’s School Quality Rating Report, which means the schools scored higher than 70 percent of the district’s schools on key benchmarks set for attendance, test scores and other markers. The neighborhood school, located in Pilsen, serves a student population that’s 95.1 percent Hispanic and 91.9 percent low income.

CPS’ School Quality Rating System takes into account both student growth and student attainment on standardized tests. Ruiz students scored scored in the 73rd and 76th percentile for growth in reading and math between Spring 2014 and Spring 2015. That means Ruiz’s students achieved a higher growth on their reading scores than 73 percent of schools nationally and their math scores more than 76 percent of schools nationally.

Principal Dana Butler attributes Ruiz’s success to his commitment to take a broader, more comprehensive approach to education by taking into account the needs of the whole child and incorporating goals or activities designed to address non-academic barriers to learning. Efforts to improve physical activity and nutrition and provide opportunities has resulted in healthier students and higher academic achievement.

These efforts were big and small. Butler forged partnerships so students can learn about healthy eating and cooking, promote fitness through dance and more. And also to have the school be consistent in its messaging about health and wellness, including fundraisers and celebrations.

One big change the school has been able to make is in the way it fundraises. Like many schools, the chocolate candy sale was standard practice. Until Butler decided they could do better. “We need money, but we also know that we’re a healthy school,” says Butler. “We knew we could find a way to do both.” The school culture at Ruiz is transforming into one that values consistent messaging around school wellness. Healthy fundraisers like walk-a-thons and dance-a-thons now bring in the same amount of money that the old candy fundraisers used to. The school also focuses on hosting classroom celebrations that focus on the students—not on sugary treats.

Ruiz was one of the first schools to join the Go for the Gold campaign, a city-wide movement for health and learning to curb skyrocketing childhood obesity rates, that asked schools to meet the standards in the First Lady’s HealthierUS School Challenge. Ruiz was part of a delegation of schools that were invited to the White House for achieving the high standards around food, physical activity and nutrition education. Many of these improvements later became the new standard and have been adopted into district policy as well as the basis for the healthy school report indicator that all schools display at CPS.