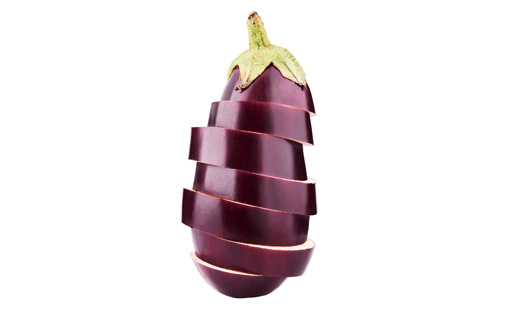 Throughout its history, the poor eggplant has been the subject of a lot of inaccurate information and myth.

Throughout its history, the poor eggplant has been the subject of a lot of inaccurate information and myth. In the Middle Ages, due to its relation to other nightshade plants, eggplant was deemed to be poisonous and cause convulsions, insanity or even death. This, of course, is not true — in fact, eggplant is delicious and packed with a number of nutrients, including fiber, B vitamins and potassium. Then, there’s that common misconception that eggplants are vegetables. Eggplants come from a flowering plant, and are, therefore, actually fruit.

Here’s one thing that’s true about the eggplant: it’s the perfect produce to complement any meal during this transitional time between summer and fall. It’s in season throughout September in many states, including Illinois, which means it’s abundant, fresh and budget-friendly. Plus, it’s a versatile fruit: its meaty texture makes it a vegetarian-friendly option for BBQs and sandwiches, it makes a great foundation for a dip (as in baba ghanouj), and it makes a leaner, more nutritious alternative to other starches when making crisps, hashes or fries. We’ve included a couple of delicious snack ideas below, but when it comes to eggplants, the possibilities are endless.

Previous
Rochelle Davis: The Science of Protecting Our Most Vulnerable Citizens
Next
HSC Nominated for 2013 Chicago Innovation Award!