School Food: No One Said It Would Be Easy 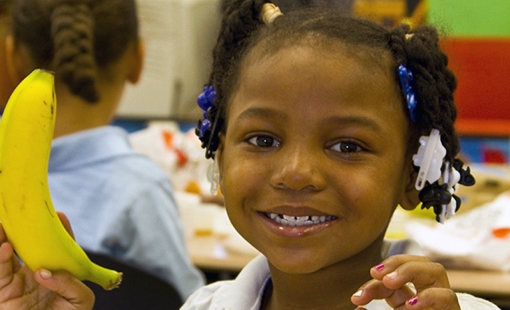 A recent study at two elementary schools in the Northeast found that the nutrition standards that require students to take a fruit and vegetable as part of their lunch seem to have resulted in more plate waste and less actual consumption of these fruits and vegetables. Children consumed one tablespoon less fruits and vegetables when they were required instead of optional, and wasted two tablespoons more.

While those of us who believe that students of all socioeconomic backgrounds deserve to have nutritious school food in school may be disappointed in the results, we are also not surprised.

No one is arguing that notoriously picky children were going to gobble up green beans and broccoli as soon as they were put on their plates; habits are hard to break. It’s results like these that are the reason that schools are revamping their training, rethinking how they deliver school food and investing in new equipment that will allow them to cook from scratch.

Look at the USDA, which is expanding its mentorship program for school foodservice directors and providing $25 million in grants for kitchen equipment. Look at a school district like Detroit, which is integrating farm to school into urban schools and getting its students excited about fresh fruits and vegetables. Look at Cornell Food and Brand Lab, which is finding that simple changes — like cutting whole fruit into slices — can increase the amount of fruits and vegetables students eat. These are all positive changes that we should be excited about, and these are all changes that take time to implement and become the norm.

Even the authors of the study from Vermont note this will take time. “While children were willing to select [fruits and vegetables] in larger portions, it may take time and repeated exposure to the new foods for them to become familiar with and develop preferences for the [fruit and vegetable] offerings.” It’s also important to note that this study was completed during the first year of implementation of these new standards. Repeat after us: This takes time.

However, not all researchers even agree that consumption is going down. A study from researchers at Harvard University found the exact opposite: Since implementation of the new standards, children are eating more fruits and vegetables and wasting less food.

We owe it to these children to hold steady and continue the great progress that’s been made. The latest figures from the USDA show that 95 percent of schools are meeting these new standards.

But we can’t make this progress if the current nutrition standards are rolled back. Let’s not let that happen. Healthy Schools Campaign stands for healthy school food, and we’re asking you to stand with us. We’ve made it easy for you to send a letter to your Congressional representatives by simply entering your ZIP code via the following link. You can use or revise the templated letter that we’ve created, or write your own. Start your letter here.