How School Nursing Can Transform Communities 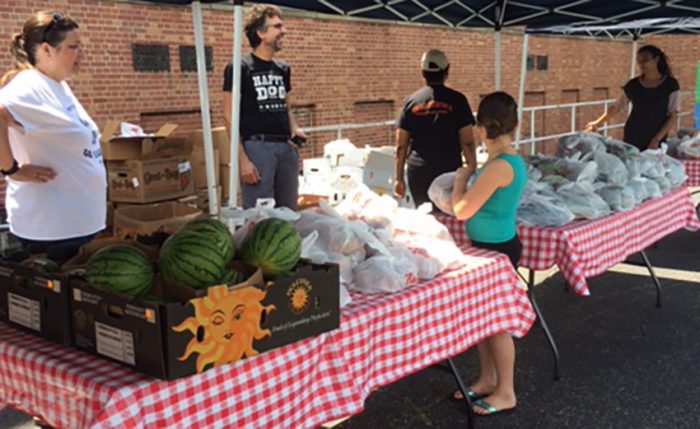 This May, HSC proudly announced the winners of our third annual School Nurse Leadership Award. It’s an award that acknowledges the tireless commitments that school nurses make, and is supported by School Health Corporation and MAICO Diagnostics. The five winners and five honorable mentions selected from across the country represent school nurses who are reimagining the roles they play in school health and wellness, students’ academic success and the health of the larger community. In this blog, we speak with award-winner Sherdina Williams.

School nurse Sherdina Williams doesn’t think of her nursing program as a school program, she thinks of it as a community program. “That’s crucial because our kids, they live in families,” says Williams. “And families are part of the community. If we want to have any kind of systemic change or culture shift that is more than during the school day, we want to get that info into the homes and into the community.”

Williams is a school nurse at the Cleveland Metropolitan School District—an urban school district with 42,000 students who all qualify for free or reduced-price lunch. Williams won the Outstanding Food and Fitness Leader award this year for her work at Garrett Morgan High School in Cleveland. Williams and the Wellness Committee at Garrett Morgan chose to focus on obesity reduction, and all of the school’s health and wellness programming works toward that goal.

Garrett Morgan was one of five Cleveland schools to receive the Stanley Morgan Healthy Cities grant to serve as a food bank distribution center for the Greater Cleveland Food Bank. Twice a month, 6,000 pounds of fresh fruits and vegetables are given to the community. Williams decided to call the event Market Day. “We did not want any type of stigma associated with taking the food,” she says. “We don’t pre-package any of the food. Families come and pick up what they can use. If you went to the store, you would have choices. We have that type of flavor.”

School staff volunteers at the market and also takes food home, further removing any type of stigma. “The whole association is that this is an opportunity for all of us to get more fruits and veggies to get healthier and work on our obesity,” Williams says. “It’s crucial that our students see us taking the fruits and veggies. To be totally honest, we look forward to it also.”

Williams also applied for and received a grant to become one of five schools across the country as part of NutriBullet University, which supplies the school with blenders to promote healthier eating. By developing partnerships, Williams has brought Zumba, cooking classes, fitness classes, a mobile health services unit and much more.

And all of these amazing programs have been paying dividends. Sherdina—a self-described data geek—knows this because she meticulously measures the impact of her efforts. Attendance in the high school went from 88 to 91 percent, a significant gain, she says. The school also shows improvements across the board in standardized tests. She’s also been measuring the body mass index of students and community members to gauge the impact of these programs on obesity.

We commend Williams for exemplifying the role school nurses can play in truly transforming schools and communities and congratulate her on being a recipient of this year’s leadership award.

Previous
Celebrate Global Handwashing Day By Kicking Antibacterial Soap to the Curb!
Next
How ESSA Supports Teacher Health and Wellness