The Value of School Nurses: An Alarming Reminder 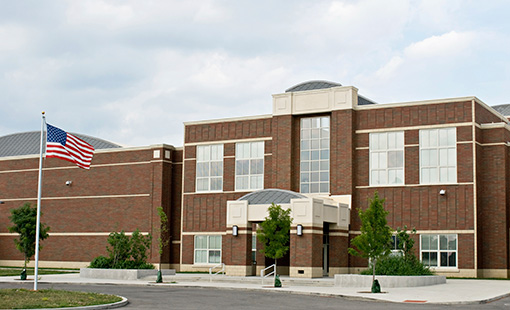 A tragedy illuminates the need for nurses in schools

At the heart of HSC’s work is a belief that the school environment is central to children’s health and that all schools in all communities should be able to provide safe, healthy environments. Our approach to advocating for healthy changes relies on a long-term view and an understanding of the real costs and benefits.

However, the need for school health services is also urgent, real and substantive in the short term.

Last month, a tragedy at a school in Philadelphia brought this urgency into national headlines.

At Andrew Jackson Elementary School, a first-grade student fell ill at school and died. Without a school nurse on site, school staff administered CPR and called 911. When the child reached the hospital, he was pronounced dead.

Until five years ago, Jackson Elementary had a full-time school nurse. Now, it only has a school nurse on Thursdays and every other Friday. The child died on a Wednesday.

The Philadelphia City Paper explains: “Philadelphia public schools have long lacked necessary funding, but recent cuts by Gov. Tom Corbett have sent the District into an increasingly dire fiscal crises. As of last fall, there were 179 nurses working in public, private and parochial schools, down from 289 in 2011.”

The Philadelphia school system serves many students from low-income and minority communities facing high rates of health disparities and chronic health conditions. The school district reports that 87 percent of the students in the district and 89 percent of students at Andrew Jackson Elementary are considered “economically disadvantaged.” News reports note that the Jackson Elementary community has lost two other students in the last three years, one to asthma and one to violence (both outside of school). Late last year, a sixth-grade student in another Philadelphia school died after falling ill with asthma in a school without a school nurse.

Education Week reports that this recent tragedy, in this alarming context, has catalyzed advocates in Philadelphia and across the nation to speak up in support of funding for school nurses:

“We don't know if a school nurse could have saved this young boy,” the union presidents wrote in the May 22 letter.” But we do know every child deserves a full-time nurse in his or her school. We do know all parents deserve to know that their child will be safe and his or her most basic needs will be tended to at school. We do know that all Philadelphia children deserve better.”

While no one knows if access to a school nurse would have made the difference between life and death for this child, we do know that not having access to any school-based health services meant that parents in this community, and communities across the country, are left without a safety net to care for their children in times of need.

Right now, the spotlight is on Philadelphia, along with the political pressure of national advocates. But this situation — of very limited school nurse staffing in schools serving students who face chronic and often complex health conditions — is tragically commonplace across the nation.

This issue is bigger than one school, one district or one state.

We know that having a full-time school nurse in a school — any school — means that when a child falls ill and needs urgent attention, a highly trained medical professional is on hand to immediately deliver care and coordinate the emergency response.

We also know that when a school has a full-time school nurse, that nurse is often able to work with children and their families to develop routines and skills for managing chronic illnesses like asthma or diabetes that can be life-threatening if not properly managed. This school nurse’s story on HSC’s blog offers an excellent example of the difference school nurses can make in helping students manage serious chronic conditions. One commenter on the City Paper story who identifies herself as a Philadelphia school nurse for 16 years explains it this way: “The school nurses who are able to remain in a school for longer periods develop relationships with the students, their families and even extended families. We can monitor the kids with ongoing health problems and communicate with their primary doctors and specialists. . . . Nurses provide a safe harbor for kids in school when they don't have anyone else to turn to.”

The reality is that funding for school nursing competes with many other priorities, including teacher salaries and textbooks, within cash-strapped school budgets. And as the state funding debate in Pennsylvania highlights, funding that goes to those education budgets in the first place already competes with a vast array of other priorities, from prisons to road repair. Too often, school health simply isn’t prioritized.

When the adults allocating funding decide school health isn’t a priority, it’s young children who are affected most.

That is why this summer HSC will be working with the National Collaborative on Education and Health to identify opportunities and strategies for increasing access to school health services. We know that school nurses play a critical role in supporting children’s health and their ability to learn, and we want to ensure that students in schools across the country have daily access to a full-time school nurse.