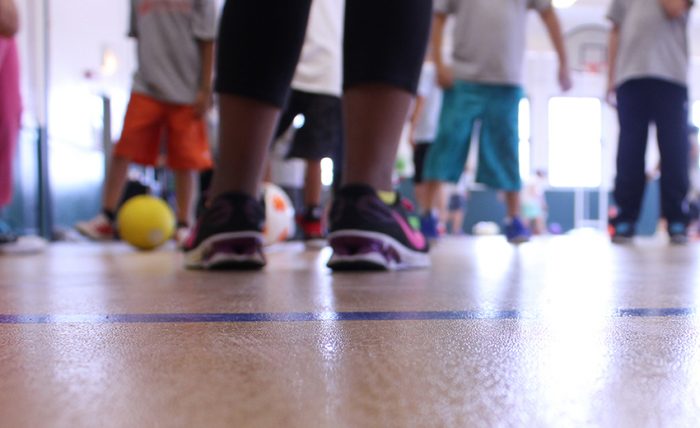 When it comes to physical education (PE), Illinois is ahead of the game. But our progress could be rolled back before we know it.

Illinois is one of only six states that require daily PE for all students in kindergarten through 12th grade—and that requirement has been around for decades. This law was originally passed after World War II due to worries that our population would not be fit to serve in the military.

Today, we know that PE is critical for students not only because it can curb obesity and lower one’s risk for chronic disease, but also because research shows that physical activity and exercise benefit cognitive development in children and adolescents and contribute to improved student behavior and self-esteem. In fact, just one session per day of PE can enhance students’ ability to learn and boost academic success. Furthermore, high-quality PE is more than physical fitness; a vital component of PE is the education it gives students lifelong skills to manage their health.

Healthy Schools Campaign is a strong supporter of policies requiring daily, high-quality PE for students. Unfortunately, the critical importance of PE is lost on some lawmakers.

Illinois Governor Bruce Rauner has been vocal in calling for the elimination of Illinois’s daily PE requirements, referring to them as an “unfunded mandate.” Governor Rauner supported proposed legislation introduced by former Illinois Representative Ron Sandack that would allow local school boards to decide whether or not they will implement daily PE—essentially doing away with the PE requirement in our state. The proposed law would amend the school code to say that PE may (rather than shall) be provided to Illinois students. In a similar vein, Representative Sam Yingling introduced a bill to permanently exempt Round Lake Community Unit School District 116 from providing daily PE to students enrolled in 6th grade or above, requiring the district to offer PE just two days per week. Thankfully, neither of these proposed bills became law during the 2016 legislative session.

The truth is that Illinois needs policies that encourage more PE, not less. Illinois’s PE law already allows school districts to receive two-year waivers exempting them from offering daily PE. In fact, just under 50 percent of  Illinois school districts currently offer PE every day. PE is a critical piece of a well-rounded education, like math, science or reading. Federal lawmakers agree and have even included PE in the new definition of a well-rounded education in our national education law, the Every Student Succeeds Act. It’s hard to imagine that math or reading requirements would be dismissed as an “unfunded mandate.”

HSC and our allies, such as the American Heart Association and the Illinois Alliance to Prevent Obesity, are working to fight any legislation that would weaken Illinois’s PE law. We continue to track proposed legislation that would modify Illinois’s PE requirements, educate lawmakers about the importance of daily PE, and mobilize families who understand the importance of PE as a core part of the school curriculum to take action and speak out against potential cuts to Illinois’s PE programs.

The next legislative session will start in January 2017, and HSC expects to see attempts to weaken PE ramped up in the new year. To stay updated on PE developments, sign up for our newsletters so that we can let you know when to take action to protect PE.