CPS Works to Eliminate Ingredients of Concern from Menus 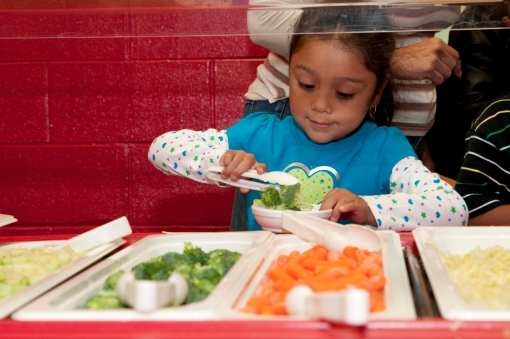 Consumer demand is pushing big food companies to move toward less processed and more responsibly grown food. We have seen big announcements from Tyson, Subway, Chipotle and McDonald’s — among others — about changing the types of products they are procuring and switching over to healthier versions. For example, McDonald’s — one of the largest buyers of chicken in the United States —announced earlier this year it would move away from using chicken raised with antibiotics.

Although they aren’t making headlines, school districts across the country are making important changes to their school meal programs, too. Los Angeles Unified School District adopted “Good Food” purchasing guidelines and Chicago Public Schools (CPS) adopted a list of “ingredients of concern” that it hopes to remove from food products served in its meal program. Ingredients of concern include additives to food for color, texture and flavor that have been linked to adverse health outcomes.

HSC co-convenes with CPS a citywide school food advisory group whose main charge is to help the district provide healthy school food in a fiscally responsible way. Based on these efforts, HSC prepared the CPS Pathways to Excellence in School Nutrition report that organized the district’s action plans into 10 pathways around excellence in school food. Read more about the report and download it here.

One of the ways we’re doing this is by working with CPS and national partnerSchool Food FOCUS to identify and then reduce a set of ingredients of concern. The ingredients that have been targeted include items like added sugars, nitrates, food dyes, binders, fillers and preservatives.

Many of these ingredients have been pulled from consumer products because of consumer concern about their safety. For example, Kraft recently removed yellow dye #5 and #6 from some of their macaroni and cheese products. Some evidence supports that added food dyes have negative effects on children and adults with attention-deficit/hyperactivity disorder.

We are thrilled to see CPS continuing to be leader in school food, this time by removing harmful additives from its menus, We are excited to continue to work with the district on this important initiative.

Previous
The Cooking up Change Chicago Team Makes their Voices Heard in D.C.
Next
Sports Are Going Green