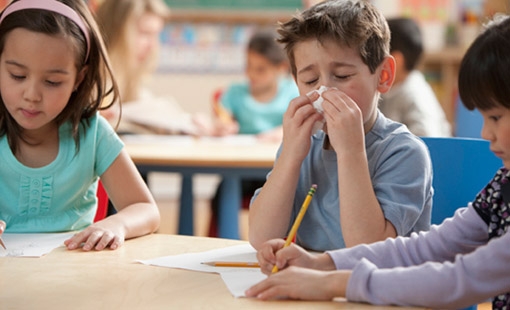 Schools in Central Texas had a problem. Students in that region were missing more days than the state average at every single grade level.

This absence problem hits Texas schools on two fronts: student achievement and funding. Data shows high school students who miss 10 or more days of school are three times more likely to drop out than students who miss five days or fewer. In some states, Texas included, school funding is based on a figure called “average daily attendance” rather than total enrollment. That means that schools receive funding only for students that are in school. That also means that the more students are absent—for whatever reason—the less funding the school gets.

Enter E3 Alliance, a regional, data-driven education collaborative based in Austin, Tex., working to strengthen education to drive economic prosperity in the region. E3 Alliance completed an analysis of school year 2010-11 and found that there were 2.4 million student absences in Central Texas in the year. Half of Central Texas students missed more than six class days per year, and accounted for 85 percent of all absences.

E3 Alliance figured out that if they could increase average attendance by just three days, Central Texas districts would gain $34 million in annual revenue from the state that could then be used to improve educational outcomes of all students.

Just like we highlighted in our Mapping the Early Attendance Gap: Charting a Course for Student Success report, E3 Alliance determined that a major cause of absences was student health issues. E3 Alliance’s 2013 Absence Reasons Study found that the single largest reported cause of Central Texas student absences—at 48 percent—was acute illness. And the flu emerged as the cause of more absences than all other immunizable diseases combined.

With that data in hand, last year, the partnership launched the largest in-school flu immunization campaign in Texas history, giving more than 6,500 vaccines at 56 primarily Title 1 schools in five districts. E3 Alliance partnered with local and public health partners to obtain and administer the vaccines. It’s a great example of the health and education sectors coming together to support student health. The 2015 flu immunization campaign is expected to be quadruple the size of last year’s, providing 26,000 vaccines in 136 schools across nine districts.

We’re thrilled to highlight this great work from E3 Alliance that they shared at ourChronic Absenteeism Working Group, which brought together nearly 30 health and education leaders to develop strategies for engaging the health and public health sectors in efforts to address chronic absenteeism.

The power of this story goes well beyond the geographic boundaries of Central Texas. The reality is that just like Central Texas, schools across the country are struggling with chronic absenteeism—meaning that students are losing opportunities to learn and thrive. Any community can make a positive impact on the lives of students and doesn’t have to move mountains to do so. You just need to start with the data and a commitment to unpack the reasons for why students are missing school. With this as a starting point, any community has the ability ensure students have a better opportunity to succeed in school.

Previous
Rochelle Davis Invited to Present at the Institute of Medicine
Next
Every Student, Every Day: Reducing Absenteeism