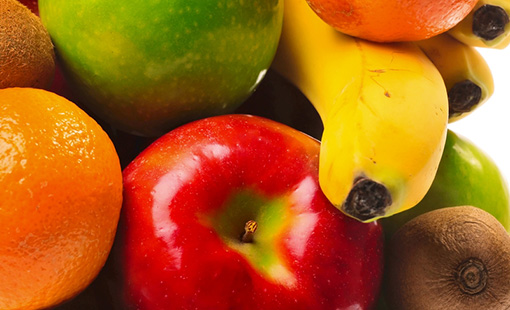 Every year, HSC’s Cooking up Change contest challenges high school student chefs across the country to create healthy, great-tasting school meals. But this nationwide phenomenon has deep Chicago roots. As we prepare for HSC’s Chicago contest this fall, we’re proud to highlight one of the sponsors that makes the Chicago contest happen: Cristina Foods.

Cristina Foods, a wholesale food distributor supplying Chicago Public Schools (CPS) since 1989, is one of the reasons that CPS is able to bring fresher, healthier food to its students.

“For us it was a slam-dunk to be onboard [with Cooking up Change],” says founder and president Cesar Dovalina. “Cooking up Change parallels our essence as a company. It’s about providing good healthy choices for CPS children.”

Walking into Cristina Foods’ expansive office and warehouse, a space created by and shared with Testa Produce, it’s easy to see that the company prioritizes health. The light-filled space is LEED Platinum certified, powered by wind and solar, and even features an employee exercise area. The storage areas and the warehouse are stocked with healthy, appealing foods, ready to ship to restaurants, caterers, major institutions, retail outlets — and of course, CPS.

The Testa Produce and Cristina Foods facility. Learn about all the amazing features of this building and grounds.

The building’s free-standing wind turbine, the first in the City of Chicago, which generates about a third of the building’s power.

“Kids deserve fresh choices every day,” Dovalina says. “Students need to be treated with the same respect and diligence as any end user, like a fine-dining restaurant. Everyone you service should be on equal footing.”

More and more, CPS is focusing on fresh, local produce. Because Cristina Foods is a distributor of this produce, it’s on the front lines of this healthy shift. For example, when CPS introduced Illinois-grown peaches, Cristina Foods was there to deliver.

Dovalina says: “As simple as that seems, it had never happened before. Local peaches had never been served in cafeterias. The fact that we were able to do that, and that we continue to do that, means a lot. Some of the kids had never seen a peach. They saw the peaches on the serving line and did not know what they were.”

Cristina Foods was also CPS’ critical link between district schools and an urban farm called Growing Power. This past winter, CPS procured nearly 40,000 pounds of carrots from Growing Power, which is based in Milwaukee. It was the largest fresh-food farm to school procurement in the United States. Cristina Foods coordinated the all-important logistical side of the delivery, ensuring that the carrots left the farm, were properly handled and stored and then made their debut in cafeterias.

Dovalina credits FarmLogix, a technology platform created by entrepreneur Linda Mallers, with making these local links much easier for the past two years. Cristina Foods relies on farms to provide consistent, high-quality produce that meets important standards. Mallers says, “Cristina is just a joy to work with. They are so committed…. they really walk the walk!”

Cristina Foods is so committed to making sure kids are excited about healthy produce, Dovalina says that they’ve even organized field trips to local farms.

As CPS continues to innovate, Cristina Foods is working hard to bring fresher products to students. And as Cooking up Change student chefs innovate, they’re incorporating products procured through Cristina Foods. In fact, CPS’ Amish-raised chicken, distributed by Cristina Foods, set Chicago Vocational Career Academy (CVCA) apart from the crowd in the national finals. As CVCA student Mallory said, ““Our chicken is very unique… only Chicago Public Schools has it.”

Says Dovalina: “They may be high school kids right now, but they’re future customers of mine. They'll circle back and become chefs themselves.”

Thank you to Cristina Foods for helping CPS deliver fresh food to its students, and for supporting HSC’s Cooking up Change!

Previous
A Great Price for CPS Student Meals: Free
Next
Celebrating a Year of Progress for Healthier Chicago Schools