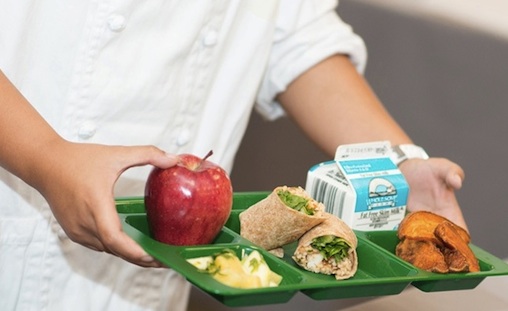 Last month, Chicago Public Schools (CPS) announced that starting this school year it will exercise the Community Eligibility Option across the entire district, meaning that all CPS students will have access to free breakfast and lunch during the school day. This, in combination with the high nutrition standards that CPS has implemented and continues to deliver to its 400,000 students, is great news for Chicago students, families and schools.

Healthy meals and a full stomach are critical for success in the classroom, and community eligibility means that more students now have access to healthy meals, and schools can do away with the red tape that has for years complicated delivery of free and reduced-priced meals to students in need.

Community eligibility was introduced as part of the Healthy, Hunger-Free Kids Act of 2010. Between 2012 and 2013, CPS participation in the program grew from 200 to 400 schools, nearly two-thirds of the entire district. Before now, each school had to individually apply for community eligibility based on that school’s population of low-income students.

In the days before community eligibility, schools handled the federal government’s reimbursement of free and reduced-price meals on a student by student basis. The result? Far too much paperwork and inefficiency. And far worse, such bureaucracy was a barrier to student access and stigmatized low-income students who often had to go through separate cafeteria lines to receive subsidized meals.

With the district’s predominantly high population of low-income students (approximately 90 percent), it’s a no-brainer for CPS to make free meals available to all students, and we applaud the district for making this big step toward ensuring all students have access to healthy meals during the school day.

With less paper to shuffle and red tape to cut through, this decision should free up valuable time, energy, and yes, even money, for CPS to invest in healthier food options, facility updates, nutrition education and other high-need areas.