Guest Blog: The Legacy and Future of School Food Reform 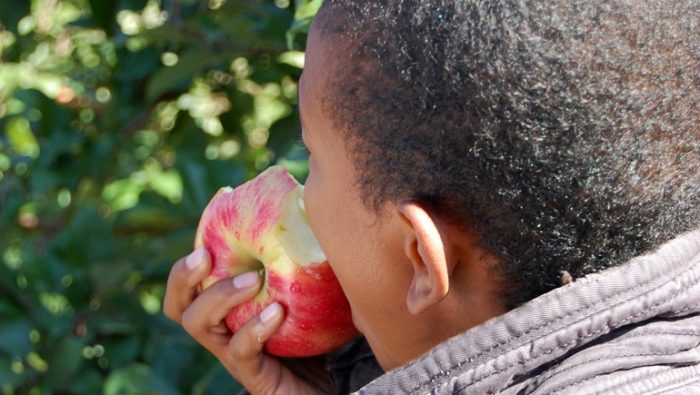 It’s Black History Month, and HSC is proud to reflect on the history of African-American activism in the school food movement with a special guest blog from Leah Powell, HSC’s AmeriCorps member and School Outreach Coordinator.

Last fall, I started my year-long journey with the Healthy Schools Campaign as the School Outreach Coordinator. My AmeriCorps service year is dedicated to developing and implementing nutrition education programming for disenfranchised parents in African-American communities. In a program that’s part of Parents United for Healthy Schools, I’ll be spearheading a workshop that brings together parents from the Chicago Lawn and Bronzeville communities to discuss how nutrition and physical education in schools directly impacts students’ academic achievement and overall well-being.

I’ll also be documenting my experiences and reflections throughout the year. Looking back to one of my first weeks with HSC, I remember finding myself in an interesting conversation. It centered around the aims of this new parent workshop program and how we can eliminate health disparities through social justice advocacy. But the conversation quickly diverted in a new direction. I found myself being asked, without the slightest hesitation, whether I considered myself a radical.

I was at first taken aback by such a frank question, but now that I’ve given it more thought, I’ve realized what the question was getting at: This journey focused on eliminating health disparities will require a staunch resolve to evoke change even when unforeseen challenges arise.

In researching the African-American community’s presence in the school food legislation movement, I stumbled on the Black Panther’s Free Breakfast for School Children program. After the passage of the Civil Rights Act of 1964, civil rights coalitions lobbied to appropriate federal funds to expand the free school meal program. Unlike their counterparts, who attacked this issue through legislative reform tactics, the Black Panther Party fought directly to end hunger in the African American community. Before its demise, the party gained notoriety for the vanguardist stance on progressive social change. However, the Black Panthers’ underlying tangible aspirations centered around the implementation of community-based “survival programs,” which addressed the universal depravity of poverty in the African-American community.

Amongst the most successful “survival program” was the free breakfast initiative, which was headquartered in Oakland, California at St. Augustine’s church. In 1969, prior to the program’s implementation, members consulted with nutritionists to determine what foods constituted a healthy breakfast and made sure the kitchen was in compliance with all safety code regulations. The program proved to be a tremendous success and expanded to 45 sites across the country. Educators reported that students who received the free breakfast no longer complained of hunger pangs and were attentive during classroom instruction. According to academician Nik Heynen, the free breakfast program would serve as “both the model for, and impetus behind, all federally funded school breakfast programs currently in existence within the United States.”

The implementation of a new parent workshop program on Chicago’s south side carries on the Black Panthers’ legacy of providing direct services to address the needs of the African-American community. Coupled with Healthy Schools Campaign’s transformative social justice approach to public health, I have no doubt this parent engagement program will prove successful. If galvanizing a movement where students are exposed to healthier school environments is considered radicalism, then I’ll proudly lead the charge.

Thank you, Leah, for sharing your perspective with us!