Healthier Food on the Market, Healthier Kids in the Classroom 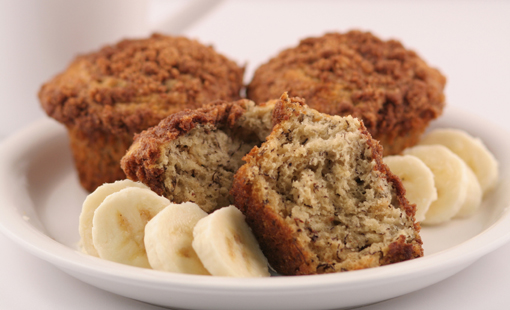 As the USDA’s new “Smart Snacks” rules go into effect this fall, we’re hearing a lot about the challenges schools might face in implementing them. Take this argument: It’ll be hard for manufacturers to meet the Smart Snacks rules, leaving schools hard-pressed to find suitable suppliers for food.

Turns out, manufacturers are already on the case. We talked with Jessica Donze Black of The Pew Charitable Trusts, who attended the School Nutrition Association’s National Conference. She gave us a glimpse of all the innovative products coming to market. Black noted that vending machines, for one thing, may not necessarily look like they used to.

“The National Automated Manufacturers Association (NAMA) worked really hard internally to come up with the [FitPick vending machine],” she said, which contained a variety of healthy, whole foods. “The one they had on display even went beyond the standards. It was entirely fresh fruits and vegetables. It all looked fun and colorful.”

To a kid, she said, that kind of presentation can be enticing. And maybe one day, those kinds of foods will be typical of vending machines. If that’s the norm, she says, “they won’t necessarily miss the other things. We could potentially get to the place where snack foods were food-food.”

NAMA worked with the Alliance for a Healthier Generation to create a vending machine that would work for the Smart Snacks standards.

Not only are carrots replacing cookies as vending machine staples, but manufacturers are identifying ways to include healthier ingredients in some traditional options. Black was fascinated that mushrooms were being used to augment things like meatballs to reduce calories and fat.

And then there are the foods that still look like the familiar unhealthy snack foods, but they’ve been altered to meet new requirements. That’s not to say they’re all changed in high-tech ways. Sometimes the portion size is just simply smaller. How many fruit snacks does a kid really need? Other foods have been reformulated to be lower in sodium or richer in whole grains. Manufacturers are now proudly reporting these healthier elements.

HSC is pleased to see that manufacturers are working hard to meet new USDA requirements, and we look forward to a time when the healthy choice is always the easy choice.