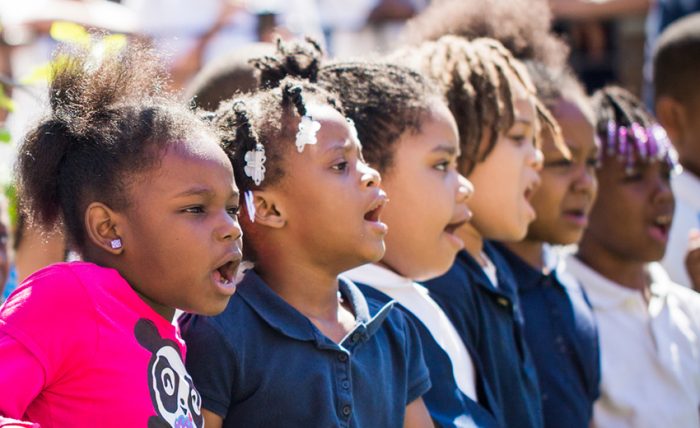 In March, House Republicans introduced the American Health Care Act (AHCA). At the time we expressed strong concerns that the changes to Medicaid outlined in the bill would significantly scale back access to critical health services for the nation’s most vulnerable students, leaving them less healthy and less able to learn.

Today the House passed an amended version of that bill that included these damaging Medicaid provisions. However, the fight is not over. The bill will go to the Senate next and we must raise our voices to let the Senate know that this bill will place hundreds of thousands of low-income children across the country at risk of losing their healthcare coverage. Now is the time to alert your Senators and urge them to oppose the healthcare plan proposed in the AHCA.

By providing health coverage to the nation’s most vulnerable children, Medicaid plays a critical role in ensuring children across the country are health and ready to learn. Schools currently receive reimbursements from Medicaid to provide key health services such as speech-language pathology, occupational and physical therapy, mental and behavioral health services, vision and hearing screenings, diabetes and asthma management to students enrolled in Medicaid. And it’s incredibly cost-effective. While children comprise almost half of Medicaid beneficiaries, only one in five dollars of Medicaid is spent on children.

Unfortunately, the per-capita capped Medicaid financing structure proposed by the AHCA would significantly decrease the funding available for these essential health services, disproportionately impacting lower-income students of color and students with disabilities, and jeopardizing the basic healthcare that enables them to be healthy and ready to learn.

Rather than close the healthcare gap or reduce the rate of uninsured children in America, the AHCA would ration care to our most vulnerable children and undermine schools’ abilities to meet the educational needs of students in poverty and students with disabilities. Cutting vulnerable children’s access to care is an ineffective way to save money yet is profoundly damaging to children’s lifetime well-being and the well-being of our society.

Previous
The Healthy CPS Survey Is Here!
Next
How Medicaid Supports Student Health