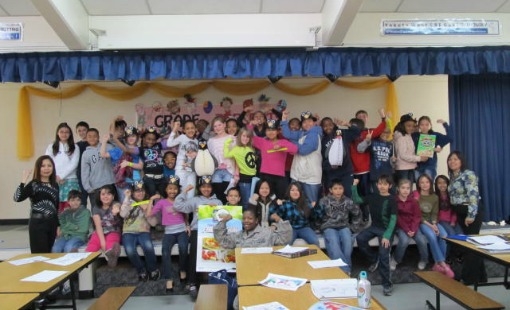 Last May, HSC proudly announced the winners of our second annual School Nurse Leadership Award. It’s an award that acknowledges the tireless commitments that school nurses make, and is supported by School Health Corporation and MAICO Diagnostics. The five winners and five honorable mentions selected from across the country represent school nurses who are reimagining the role they play in school health and wellness, students’ academic success and the health of the larger community. In this blog, we speak with winner Lily Bagtas.

Scheduling recess before lunch seems like such a simple thing, but it can significantly improve student health.

Lily works at Joan Mendel Elementary School on Yokota Air Base, a U.S. Department of Defense Military base in Tokyo, Japan. The school is part of the Department of Defense Education Activity (DoDEA), an education system with over 180 schools and 78,000 children worldwide. The system serves children of military families in the U.S. and abroad.

Lily got her start in nursing in St. Louis and her start in school nursing at a DoDEA school in Japan, where her husband, serving in the Air Force, was assigned in 2000. Over her 14-year career, Lily has created an after-school health education program, implemented recess before lunch at two schools and conducted evidence-based research.

Lily has implemented a recess before lunch policy at two elementary schools, and the proof of its impact on children is in the numbers. At Mendel, a study found the number of students reporting to the nurse with a stomachache after lunch has decreased by 50 percent. At both schools, the practice resulted in a significant decrease in food waste, increased consumption of fruits and vegetables among students, and a more productive classroom environment. Scheduling recess before lunch is a practice recommended by the Centers for Disease Control and Prevention and others, and research backs up Lily’s experience.

Lily didn’t stop at elementary schools in which she worked. Lily worked with Darby Elementary School, another Department of Defense school in Japan, to implement recess before lunch. Darby experienced a 35 percent reduction in food waste and 50 percent reduction in the number of students reporting to nurse with stomach aches following lunch.

Her work also extends to health education. Lily started an after-school club called Club 2-1-5-0, which is based on 5210 curriculum that advocates for five (5) or more servings of fruits and vegetables, two (2) or fewer hours of screen time, one (1) or more hours of physical activity and zero (0) sweetened beverages per day.

The program also has a substantial data collection plan, which includes BMI and biometric screenings and a behavioral survey completed by all participants at the beginning and end of the program. Students scored higher on fitness tests; ate more fruits, vegetables and breakfast; and ate less junk food. The program also improved self esteem: 93 percent of Club 2-1-5-0 participants reported liking themselves better at the end of the program than at the beginning.

A few years ago, Lily said, parents were less knowledgeable about obesity and were mad at her—rather than concerned for their children—when she sent home BMI and other health screening results. “I told them, ‘If there is something wrong with your child’s vision or hearing, it’s my job as a school nurse to tell them to talk to the pediatrician.’ It’s the same thing with being overweight or obese; it is a health concern,” she said.

Her leadership on issues such as health education and recess before lunch have improved the lives of students in the schools where she works as well as students in the vast DoDEA system, said Captain Kimberly Elenberg, U.S. Deputy Director of Population Health for Health Affairs in Washington.

“Lily’s visionary leadership and dedication to student health has set the stage for an ever-broader reach, as DoDEA is now considering policy changes to ensure recess is available to all students, that it is placed before lunch, and that health education, similar to that of Club 2-1-5-0, is embedded into existing curriculum,” said Captain Elenberg.