Keeping Up the Conversation about Healthy School Food 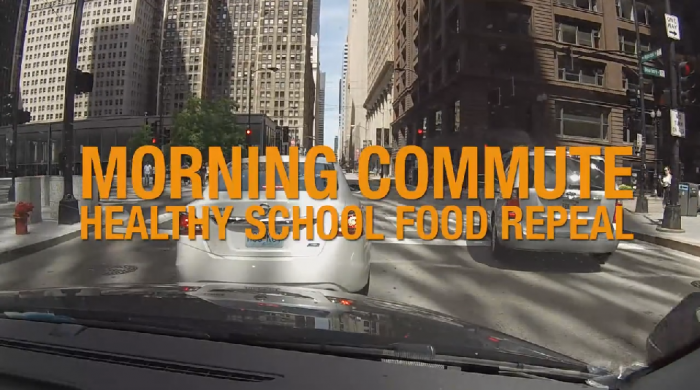 While the debate over healthy school food standards slowly marches through Congress (by most accounts, the debate won’t heat up again until closer to or after the election season), HSC has been doing its part to keep the conversation going. At a time when childhood obesity rates remain alarmingly high, we simply can’t backtrack on the USDA’s updated nutrition standards. These standards are putting healthier foods in the hands of children in schools across the country, where many consume more than half their daily calories. And, even more importantly, updated standards are introducing students to the benefits of fruits, vegetables and whole grains — instilling lifelong healthy eating habits.

We were particularly encouraged to see a recent Robert Wood Johnson Foundation report refuting the notion that students are running away screaming at the sight of veggies on their lunch trays. In fact, the RWJF study found that the majority of elementary, middle and high school students (up to 70 percent) actually liked the healthier meals. They just needed some time to adapt. Imagine that: kids are resistant to new things sometimes! The report also shows that in schools with higher numbers of students receiving free and reduced-price lunch, participation in the school meal program is rising.

But we know this debate is far from over. That’s why HSC Vice President of Policy Mark Bishop has continued to broadcast our message of support for high school food nutrition standards. Recently, Mark did a feature interview on Morning Commute (Pizza, Nachos and Fries, Oh My…), and he joined USDA Under Secretary for Food, Nutrition and Consumer Services Kevin Concannon and Chicago Public Schools Director of Nutritional Support Services Leslie Fowler on WBEZ’s Morning Shift (USDA Pushes School Lunch Changes) to discuss the healthier meals.

Our kids deserve healthy food to learn and grow. Check out the interviews and spread the word, as we continue to urge lawmakers to uphold these critically important nutrition standards.