Orange County Wins Cooking up Change with a Moroccan Meal 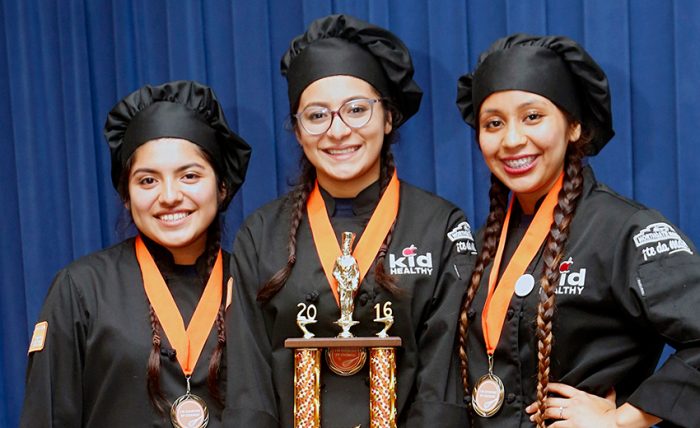 On Monday, teams of student chefs from across the country met at the Department of Education in Washington, D.C., to cook their winning school meals as part of the Cooking up Change national finals. The team from Los Angeles pinned words of encouragement from their peers to their chef jackets; the team from Chicago set new lyrics to Drake’s “One Dance” as part of their presentation; and two members of the team from St. Paul missed their high school graduations to be part of this “once in a lifetime” experience.

All 10 teams cooked up delicious and healthy school lunches, and the esteemed panel of judges had the hard task of picking just three winners. In the end, the team from Orange County took the top prize. Daisy, Mariah and Rosa from Valley High School and their menu of Moroccan Stuffed Zucchini, Moroccan Salad and Spiced Pear Cups wowed the judges. Rounding out the top three national place winners were Chicago in second place, with their menu of Cajun Chicken Lettuce Wrap, Roasted Corn Relish and Deconstructed Peach and Yogurt Pizza; and Los Angeles in third with their menu of Chicken Quesadilla, Healthy Slaw with Cumin-Lime Crema and Pineapple Downtown.

Meals were judged on their originality, taste, texture and appearance. Teams scored additional points for the quality of their presentation to the judging panel. In the end, each team was a winner, having earned their way to the national finals by winning their local competition, and having demonstrated the hard work and skill it takes to create healthy and delicious school meals on a tight budget.

Although the Orange County team started the day a bundle of nerves, after finding out they won, they talked about the importance of healthy school meals and how the Cooking up Change competition shows the country that great school food is possible. “We wish that the school meals would actually change because we have a delicious meal but every school here did, too,” said Mariah.

Before the students started cooking, Secretary of Education John King spoke with the students about their menus and the example they’re setting for the country. “ Thank you for setting that example for the country,” he said. Our prestigious judging panel included professional chefs, government officials and school food advocates. Audrey Rowe, the Administrator for the Food and Nutrition Service, U.S. Department of Agriculture, served on our judging panel and announced the winners at the reception and talked about how hard the decision was. “There might be winners today, but there are no losers,” she said.

Beyond the kitchen, the students also had the opportunity to take their message about the importance of healthy school food to Capitol Hill at meetings with their senators and representatives and at a Senate tasting event. The messages of these talented young chefs are more important than ever. They show us that healthy school meals can be delicious, and strong nutritional standards can result in school meals that students will choose and enjoy. We’re so proud of these students chefs.

Their message resonated with both local and national media. Emily Carroll, HSC’s Senior Campaign Manager, appeared with celebrity chef and Cooking up Change judge Kwame Onwuachi to talk about the competition and The Washington Times featured the competition in its pages leading up to the June 6 contest. 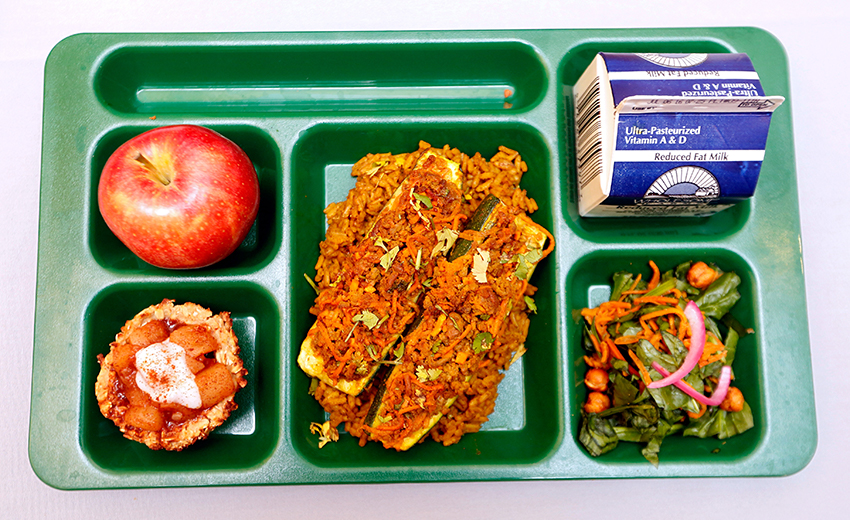