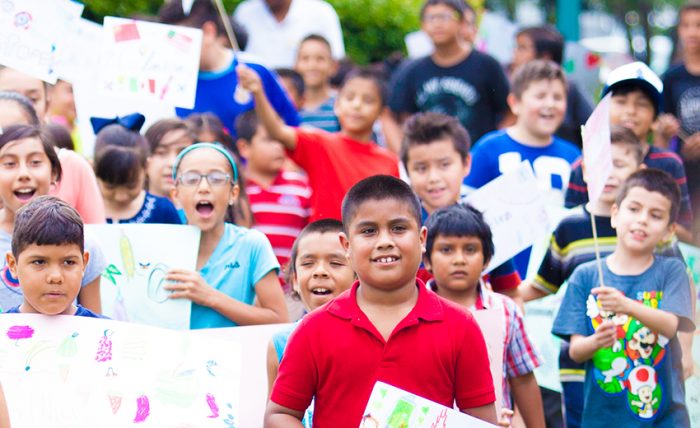 On Monday, Republicans in the House of Representatives introduced “The American Health Care Act,” a bill that would dramatically change Medicaid’s financing structure and significantly scale back access to critical health services for the nation’s most vulnerable students. This includes services provided in school specifically to support students’ health and learning.

Under the bill, hundreds of thousands of low-income children across the country would be at risk of losing their healthcare coverage. At the same time, their access to care at school—a crucial provider of services to children with no other source of care and for children with disabilities—would be jeopardized.

This plan converts federal Medicaid spending into a per capita allotment system, which limits the amount of federal money that goes to states for each Medicaid enrollee. This shifts costs directly to states—a Center on Budget and Policy Priorities analysis found that the bill shifts $370 billion to states over a decade. This will disproportionately harm children’s access to care, including services received at school, and would shift to states the hard decisions on whether to fill funding gaps with state dollars, cut eligibility, cut benefits or cut provider reimbursements. The bill would also cut Medicaid eligibility for children and families (which currently extends to families whose incomes are under 133 percent of the poverty level) to only those at or below the poverty level. This would cut coverage for hundreds of thousands of children and their families.

At Healthy Schools Campaign, we have significant concerns about what the proposed bill would mean for schools, for low-income students and for children with disabilities.

Schools provide key health services such as speech-language pathology, occupational and physical therapy, mental and behavioral health services, vision and hearing screenings, diabetes and asthma management to students. Schools are able to provide these services—including hiring professionals and buying equipment—because they can receive reimbursement from Medicaid to cover the majority of these costs for children enrolled in Medicaid. However, the dramatic cuts in funding will inevitably limit what services children can receive in schools, jeopardizing the basic healthcare that enables them to be healthy and ready to learn.

Rather than close the healthcare gap or reduce the rate of uninsured children in America, the current proposal would ration care to our most vulnerable children and undermine schools’ abilities to meet the educational needs of students in poverty and students with disabilities.

Medicaid is a cost-effective and efficient funder of essential healthcare services for children. While children comprise almost half of Medicaid beneficiaries, only one in five dollars of Medicaid is spent on children.

Cutting vulnerable children’s access to care—at school and through family Medicaid coverage—is an ineffective way to save money yet is profoundly damaging to children’s lifetime well-being and the well-being of our society.

HSC is closely following this issue and will share updates on key opportunities to raise your voice in support of children’s health and learning. Watch this space or sign up for HSC’s newsletters for more.

Plus: Check out the Health Affairs blog and the Center for Children and Families blog for more detailed overviews of the proposed bill.